Mars Rover Leaves UK Base for Testing Ahead of 2020 Launch 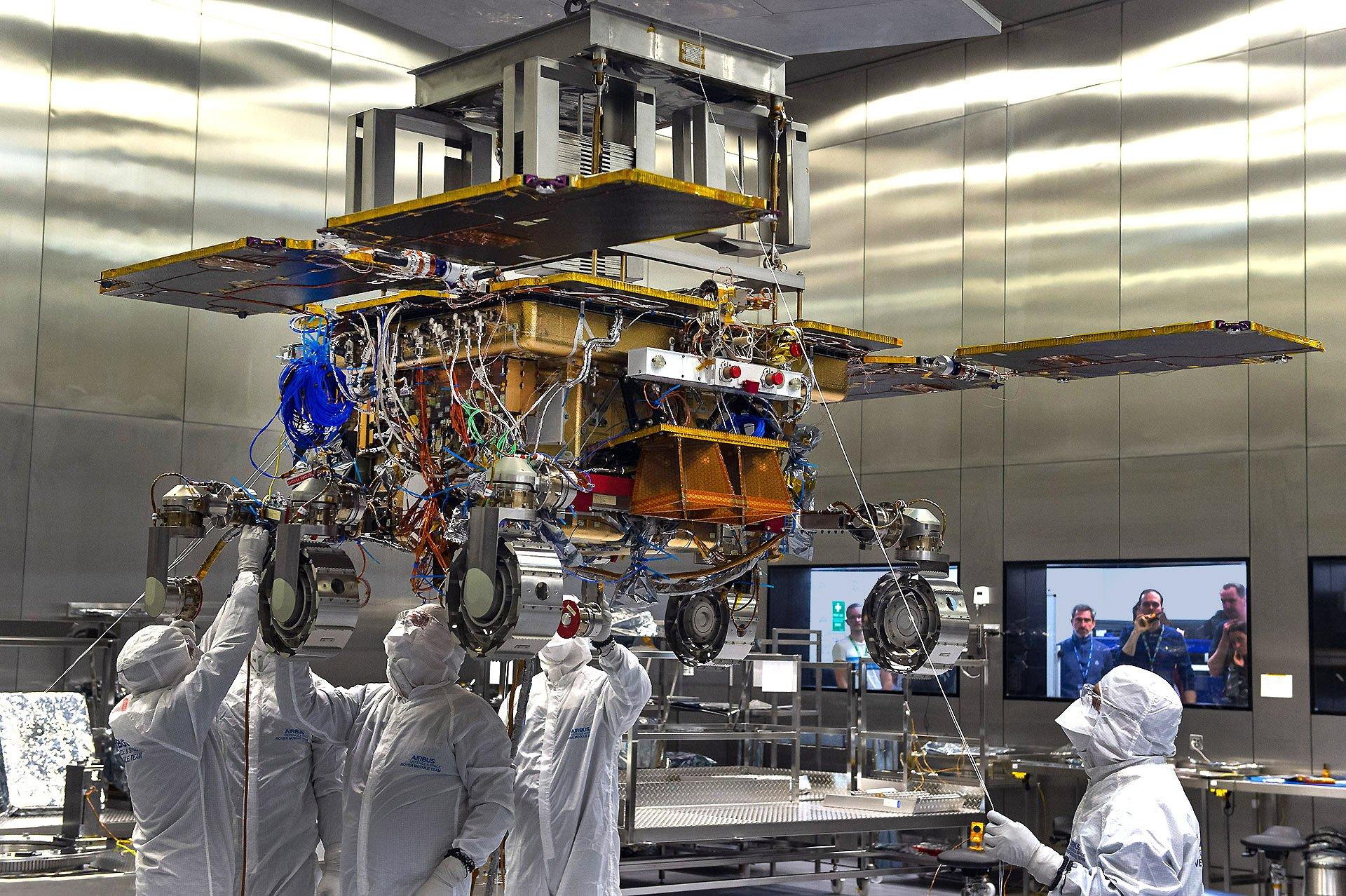 The European Space Agency’s ExoMars rover is leaving the UK for Airbus in Toulouse, where it will undergo crucial testing ahead of delivery to Thales Alenia Space.

The ExoMars rover “Rosalind Franklin”, named after the British chemist who played a key role in the discovery of DNA, will be Europe’s first planetary rover and is being assembled at Airbus in Stevenage. It will search for signs of past or present life on Mars and is equipped with a 2m drill to take samples from below the surface where they will have been protected from the harsh radiation environment.

The rover features nine instruments which will help scientists conduct a step-by-step exploration of Mars, from a panoramic scale and progressively converging to smaller (sub-millimetre) studies, concluding with the molecular identification of organic compounds.

The rover is equipped with an autonomous navigation system developed by Airbus which will enable it to travel between sites of interest much more quickly than by being driven remotely in real time from Earth.

Rosalind Franklin is being installed in its special protective container in Stevenage for the journey to Toulouse for environmental testing to prepare it for launch.  It is due to leave the Airbus site in UK on 28 August. Launch of the rover to the Red Planet is scheduled for July 2020.