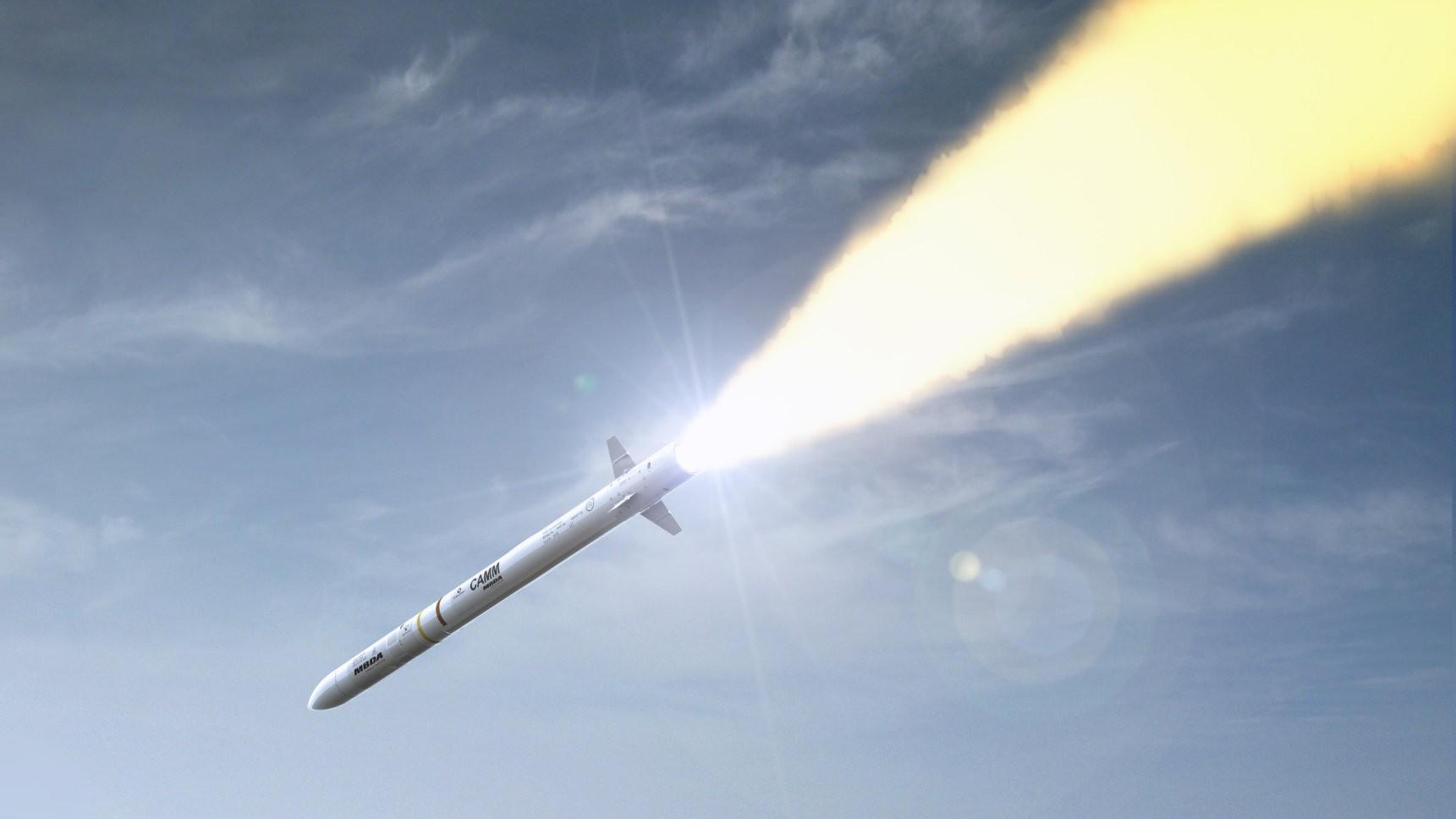 A number of contracts to significantly upgrade the air and missile defence capabilities of the Royal Navy’s six Type 45 destroyers has been awarded to MBDA, which will see CAMM (Common Anti-air Modular Missile) paired with an upgraded Sea Viper command and control (C2) system for the first time.

The CAMM system offers both world-leading close-in and local-area air defence, and will complement Aster 30, strengthening the anti-air defence capability of the Royal Navy.

In service on upgraded Royal Navy Type 23 frigates, CAMM will also be fitted to Type 26 and Type 31 in the future.

Fitting CAMM onto the Type 45s will give the destroyers a 50% increase in the number of its air defence missiles.

Installation will be via 24 additional launcher cells, and the Sea Viper C2 will get a technology upgrade, giving it a major increase in processing power.

The existing 48 Sylver cells on the Type 45 will now be solely for the longer-range Aster 30 missile, which will now be modernised as part of a recently announced mid-life refresh.

This will see the missile remain in service throughout the life of the Type 45s.

CAMM has already been delivered to both the British Army and the Royal Navy, where it is the interceptor in both ground-based air defence (GBAD) and naval-based air defence (NBAD) systems, enabling these services to equip missiles from a shared stockpile.

In service on upgraded Royal Navy Type 23 frigates, CAMM will also be fitted to Type 26 and Type 31 in the future.

MBDA’s CAMM family has proven a rapid success with international customers, with Canada and Brazil among the new users ordering the missile this year.