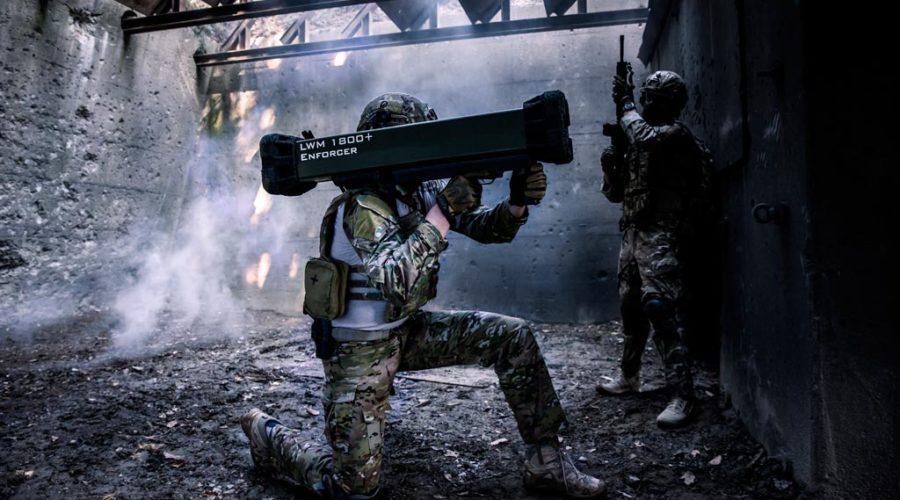 The missile weighs less than 7kg and the system along with sight and two munitions weighs less than 20kg. The combined weight of the missile and the launch tube is less than 9kg. The weapon can engage targets within the range between 1,000m and 2,000m. The compact size and dimension of the missile make it more efficient and easier to carry and use in asymmetrical conflict zones.

Enforcer is equipped with a lock-on before launch (LOBL) feature. The fire-and-forget missile has the capability to destroy lightly-armoured and soft-skinned targets. It is also effective against hidden targets due to its airburst capabilities. Enforcer has the capacity to perform day and night operations and displays firing capability in enclosed spaces.

The modular design of the Enforcer system enables a range of future development options, including a prospective ‘family’ of Enforcer munitions for land, air and sea applications. The shoulder-launched Enforcer missile serves as a basis for a new air-launched variant called Enforcer Air. Enforcer Air can be carried by helicopters, tactical unmanned aerial vehicles (UAVs), and medium-latitude long-endurance (MALE) UAVs. The air-launched missile is primarily being offered to Germany.