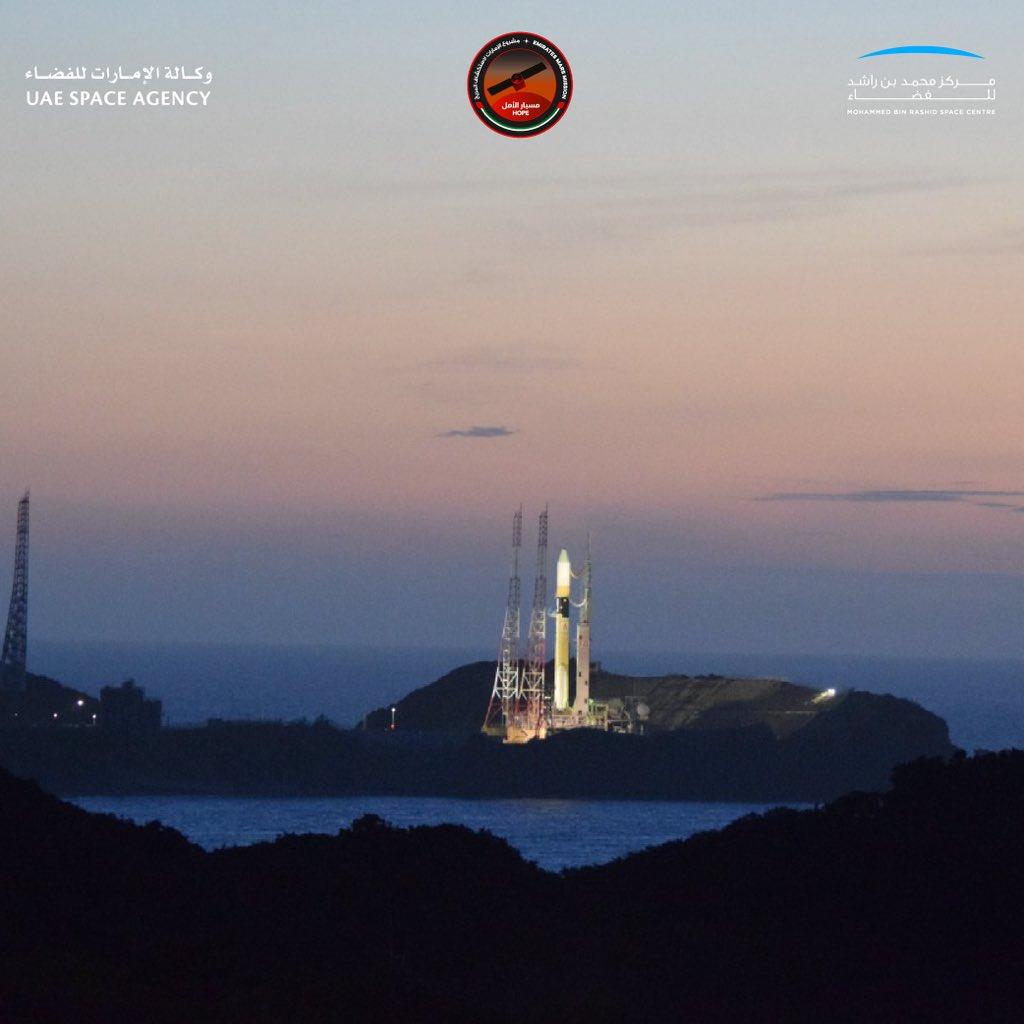 The launch vehicle trajectory was executed as planned, and at about 57 minutes after liftoff, separation of the HOPE spacecraft was confirmed.

HOPE will be the first probe to provide a complete picture of the Martian atmosphere and its layers when it reaches Mars in 2021 to coincide with the 50th anniversary of the founding of the UAE.

“The successful launch of the Emirates Mars Mission HOPE Probe today – the first interplanetary mission undertaken by any Arab nation – is a key milestone in UAE’s history. This mission exemplifies the ability of Emiratis to undertake ambitious missions. With this achievement, the UAE has become the youngest nation to successfully launch a mission to Mars within six years of project commencement. The success of HOPE Probe is a huge leap forward for the UAE’s ambitious space programme,” said Dr Ahmad Belhoul Al Falasi, UAE Minister of State for Entrepreneurship and Small and Medium Enterprises and Chairman of the UAE Space Agency.

H.E. Hamad Obaid AlMansoori, Chairman of Mohammed Bin Rashid Space Centre, said, ‘As we reach for Mars to accelerate the development of space, education, science, and technology sectors, the first Arab interplanetary mission symbolises a new era of progress for the region.’

MHI received the contract in March 2016 and the recent launch is the second H-IIA launch for the UAE government, following the observation satellite, Khalifasat, launched in 2018.