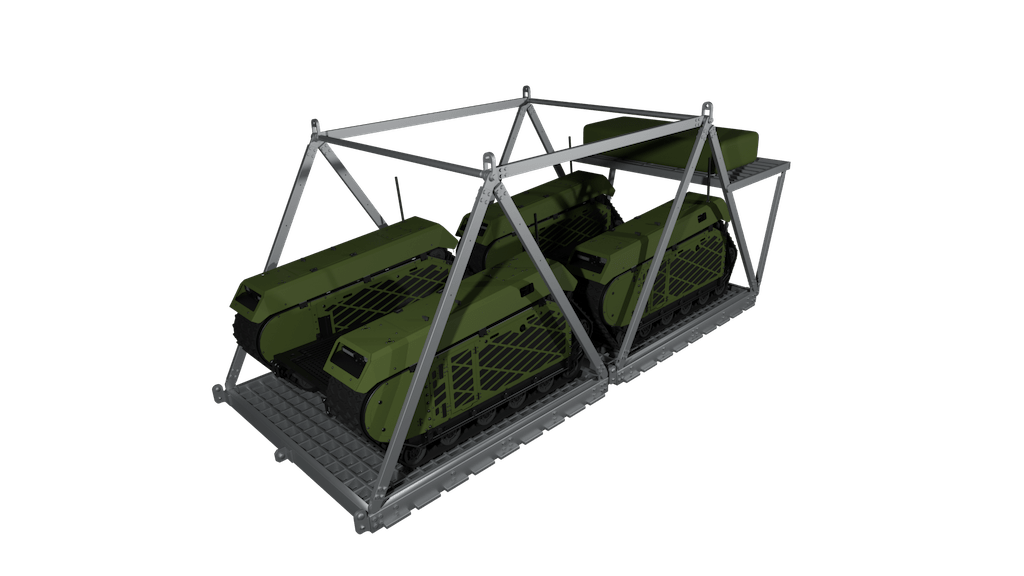 IrvinGQ, the world-leading aerial delivery solutions provider, has developed an airdrop platform compatible for use with the Milrem Robotics’ Unmanned Ground Vehicle (UGV).

The airdrop system which has been developed and tested by IrvinGQ can be used to rapidly deploy Milrem Robotics’ UGV into warzones, or large-scale terrain fires.

“The airdrop platform will widen the possibilities of how armed forces can deploy autonomous or remotely piloted THeMIS UGVs behind enemy lines, or as part of airborne operations combined with infantry. Firefighters could use ATAX to drop Multiscope Rescue systems to combat large-scale terrain or forest fires without endangering lives,” said Kuldar Väärsi, CEO of Milrem Robotics.

Other aerial deployment possibilities of Milrem Robotics’ UGVs include helicopter underslung or in the cargo area of a helicopter, for example the Chinook CH-47.

IrvinGQ’s unique, ATAX airdrop system, will integrate a pair of Milrem Robotics’ THeMIS or the Multscope Rescue UGV which can be used for defence or firefighting missions, respectively.