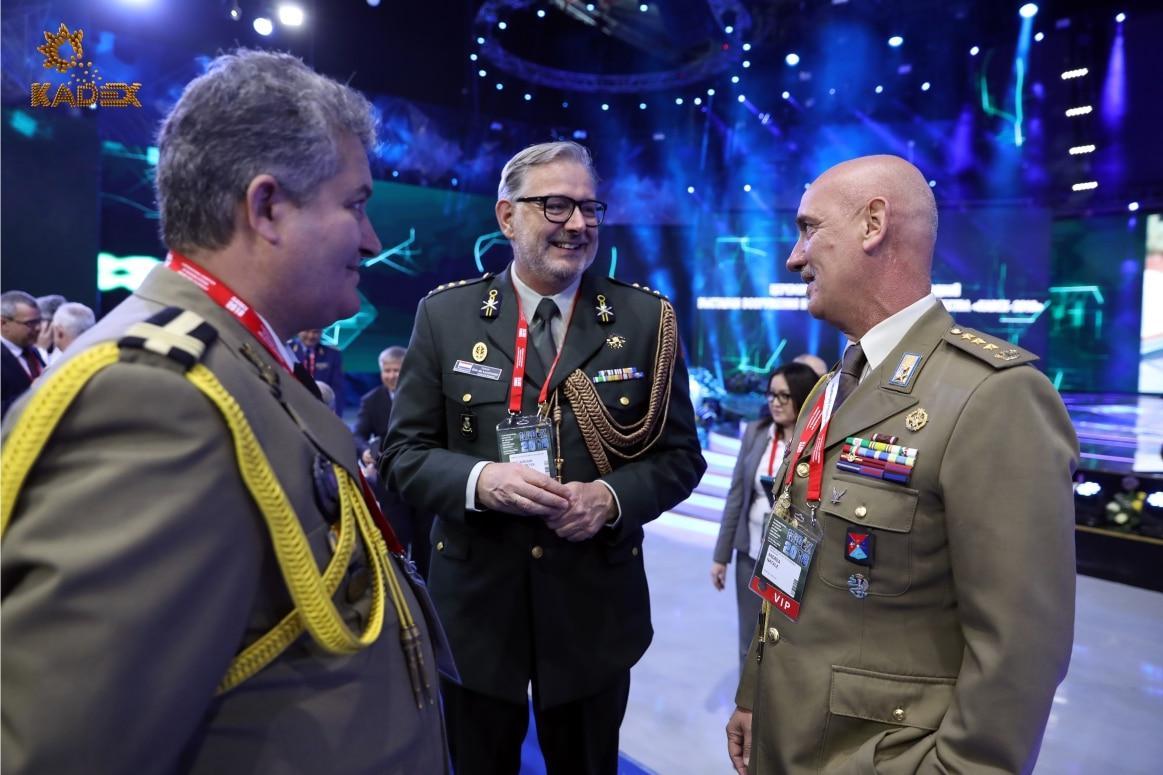 The Sixth International Exhibition of Weapons and Technologies (KADEX-2022), which will take place from May 25-28 in Nur Sultan, Kazakhstan, has evoked an enthusiastic response from domestic as well as international exhibitors.

Organized by the Ministry of Industry and Infrastructure Development of the Republic of Kazakhstan, in association with the National Company “Kazakhstan Engineering”, RSE “Kazspetsexport” and the Exhibition Company “Astana-Expo KS,” KADEX-2022 will be attended by over 300 Kazakhstani and foreign enterprises of the military-industrial complex, the aerospace industry, and the security sector. One of the highlights of the event is a section on the theme of “National Security, which would include discussions and special technical input on various issues that concern law enforcement agencies and special services,.

GBP Aerospace & Defence is the official media partner of the event and will publish an exclusive, bi-lingual printed Daily on the days of the show. News from the event floor will also be sent out in a digital format on show days to a global audience.

Companies such as Airbus, Thales, Elbit Systems, IAI, Otokar, TAI, Poly Technology, Roscosmos State Corporation, Motor Sich, and 558 ARZ have already confirmed their participation in the event. Leading manufacturers from Kazakhstan, Russia, Turkey, the Czech Republic, and China will be represented by separate national expositions. According to the organizing committee, there is keen interest from companies from around the world to attend the event and make inroads into the emerging market.

Over the years, KADEX has become the premier regional exhibition platform for the demonstration of weapons, military and special equipment, and new technologies in the field of aerospace industry and information security. At least 50 official high-level delegations, including high-ranking military officials, officials in charge of defense and aerospace industries, as well as doyens in the field of information security, are expected to be a part of KADEX 2022.

“AdvancedDefTech, a conference on new and futuristic defence technologies, will be held on the sidelines of the exhibition. The event will also include official events with the participation of the Secretaries of the Security Council and Defense Ministers of the Collective Security Treaty Organization (CSTO) countries.