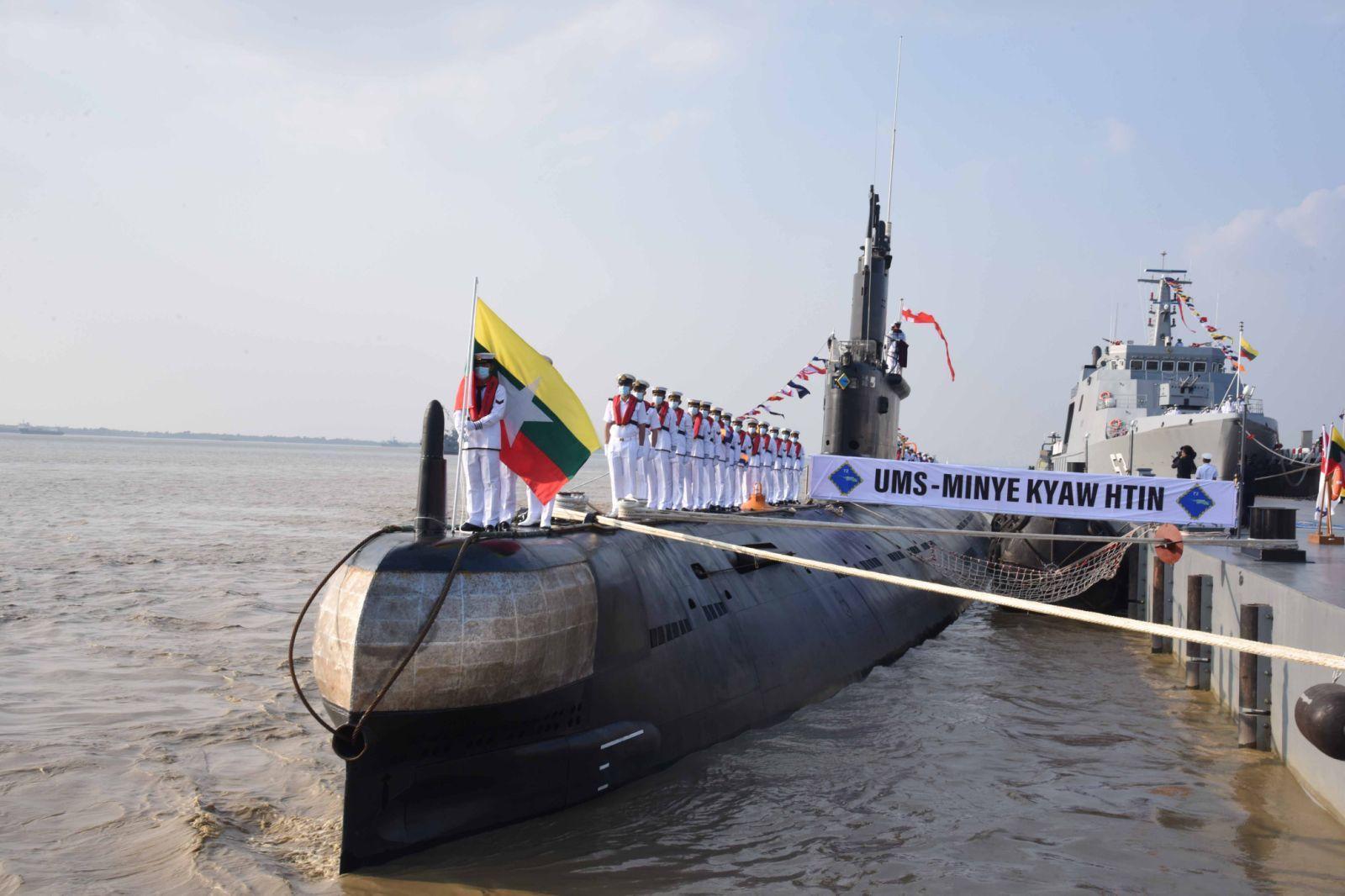 Also known in NATO’s reporting name as the Ming-class submarine, it is also the second Myanmar Navy’s submarine after India transferred one of its Sindhughosh-class vessels in a grant given to Myanmar in 2020.

One of five Type 035B submarines formerly operated by the China’s People’s Liberation Army Navy Submarine Force (PLANSF), it is unknown what the hull number of the UMS Minye Kyaw Htin (72) was when it was part of the PLAN fleet. According to sources, all known PLANSF’s Type 035 submarines have been decommissioned recently.

Chinese Type 035 submarine is a class of diesel-electric submarine developed from Type 033, a Chinese version of the Soviet Union’s Project 633 (NATO: Romeo-class) submarine. A total of about 23 such submarines have been built between 1962 to early 2000’s.

The Type 035 submarine has a displacement of about 2,110 tonnes when submerged. Powered with a 5,200 hp / 3,900 kW diesel engine, the submarines of this class are able to reach a maximum speed of 18 knots underwater and capable of diving to more than 300 meters deep. Armed with 14 533 mm anti-ship and anti-submarine torpedoes, each of the Type 035 submarines can also carry about 30 naval mines.

According to the report, all Type 035B submarines are capable of launching cruise missiles from their torpedo tubes – a capability that other Type 035 variants lack. In addition, this variant also has a redesigned conning tower and hull that makes it look similar to its replacement, the Type 039 (NATO: Song-class) submarines.