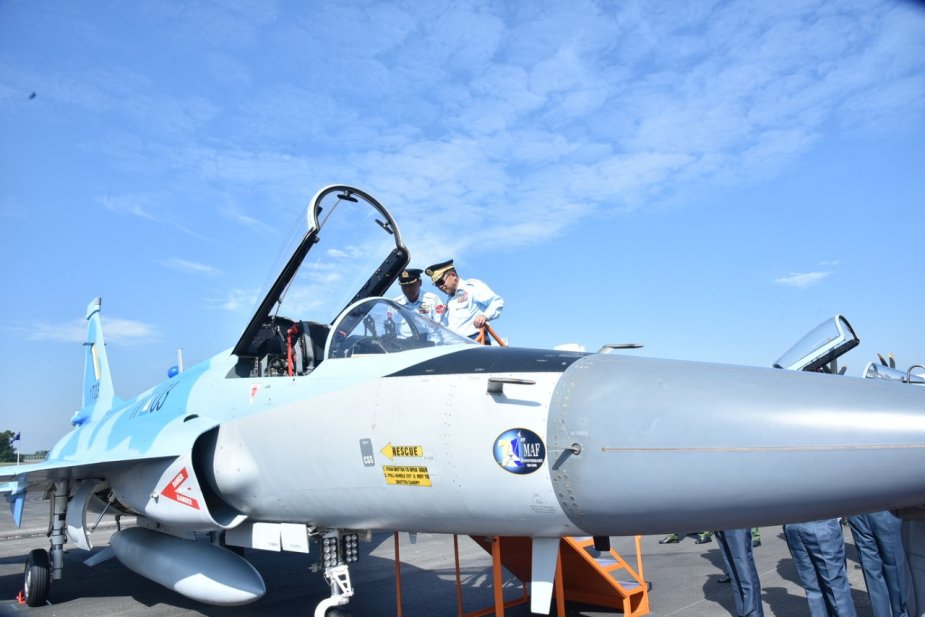 Most of the JF-17 combat aircraft of the Myanmar Air Force (MAF) are grounded due to technical problems, according to a report by Myanmar’s news portal The Irrawaddy on Friday (Nov. 25). The media based its reporting on analysis from the country’s experts and former MAF pilots.

The Irrawaddy’s sources said that most of these aircraft developed structural cracks and other issues, highlighting the MAF’s lack of technical expertise to fix these problems.

Since many of the avionics installed in MAF’s JF-17 aircraft are made with Western-made components, the Myanmar military also has difficulties obtaining spare parts, especially after Western countries imposed a trade embargo on Myanmar following the coup in February 2021.

Myanmar acquired 16 JF-17 from China in a contract signed in 2016 that amounted to about USD25 million per aircraft. The first six aircraft have been received by the MAF in 2018 although it remains unclear when the remaining 10 were delivered.

The aircraft has a standard armament of either a GSh-23-2 23 mm or one GSh-30-2 30 mm twin-barrel cannon. It can also carry a maximum of 3,700 kg external load of various bombs and missiles under its eight hardpoints.

Aside from Pakistan and Myanmar, the JF-17 has been operated by the Nigerian Air Force and is being ordered by the Iraqi Air Force.