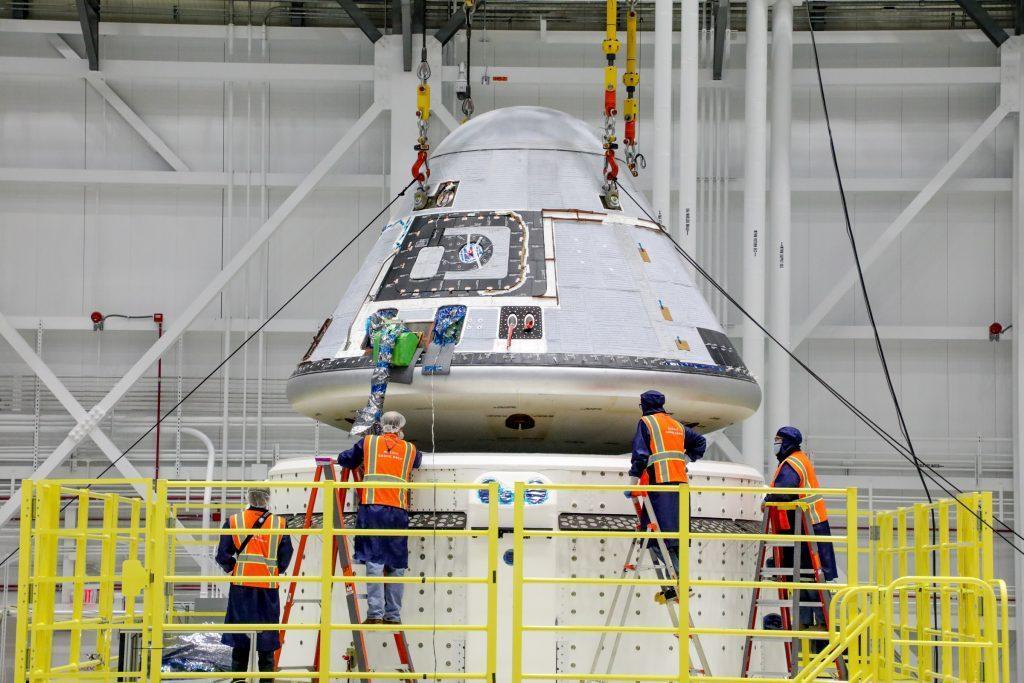 The Boeing CST-100 Starliner’s Orbital Flight Test-2 (OFT-2) to the International Space Station will be delayed from its previous target launch date of April 2 until at least May,

The test flight will take place after the arrivals of Russian Soyuz and SpaceX Crew Dragon ships bringing fresh crew members to the orbiting complex, NASA has said.

“Boeing and NASA have worked extremely hard to support an early-April launch but we need to assess alternatives to ensure NASA’s safety work can be accomplished. NASA and Boeing know we fly together,” said Kathy Lueders, associate administrator, NASA’s Human Exploration and Operations Mission Directorate. “Boeing has done an incredible amount of work on Starliner to be ready for flight and we’ll provide an update soon on when we expect to launch the OFT-2 mission.”

Boeing has been conducting dry-runs ahead of an end-to-end mission rehearsal that will allow the operations team to practice and observe integrated interactions through the whole mission profile, from launch to docking and undocking to landing. Additionally, power-on testing and checkouts of the OFT-2 vehicle, with new avionics boxes installed, have been completed successfully. Spacecraft fueling operations and the stacking of the launch vehicle are also ready to commence.

“I’m grateful for the extraordinary work being undertaken by our NASA partners as we progress towards our OFT-2 mission,” said John Vollmer, vice president and program manager of Boeing’s Commercial Crew Program. “And I’m very proud of the Boeing Starliner team for working so diligently to get the hardware, software and certification closure products ready for flight. We’re committed to demonstrating the safety and quality of our spacecraft and progressing to our crewed test flight and the missions beyond.”

The first Starliner Orbital Flight Test in December 2019 failed to dock with the space station due to a software problem shortly after launch. Boeing engineers finished software qualification for the OFT-2 mission earlier this year, but the winter storm in Texas delayed the final end-to-end testing that was supposed to occur in February.

NASA has multibillion-dollar contracts with SpaceX and Boeing for commercial crew missions to the space station.