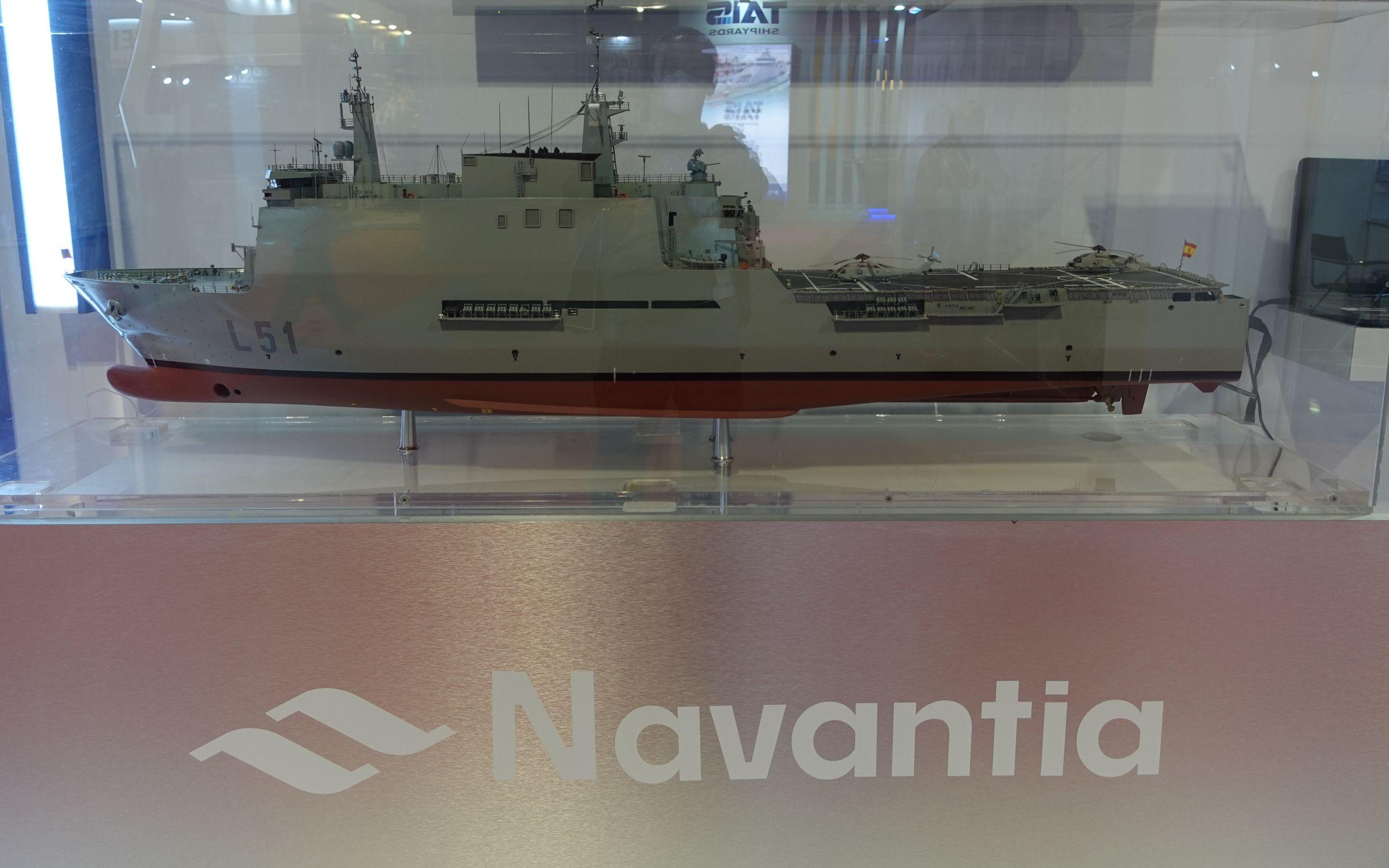 Two ships of this class have already been in active service with the Spanish Navy as theGalicia-class LPD. The first ship, Galicia (L51) was commissioned in 1998 followed by its sistership, Castilla (L52) in the year 2000.

With an overall length of 160 meters, 25 meters beam, and a full load displacement of 12,765tonnes, each of the Galicia-class/ATHLAS 13000 LPD is powered by four diesel engines with atotal combined output of more than 9,300 kW, giving it a maximum speed of 20 knots, and amaximum range of6,000 nautical miles (11,000 km) under a cruise speed of 12 knots.

With a maximum carrying capacity of 615 troops, and internal space enough for 30 Main BattleTanks (MBTs), each of the Galicia-class LPD is also able to carry and launch up to four largelanding craft stored inside its well deck. For aerial operation, the ship is designed to have twohelipads and a hangar with a large enough capacity to store six AB-212 or four NH-90helicopters.