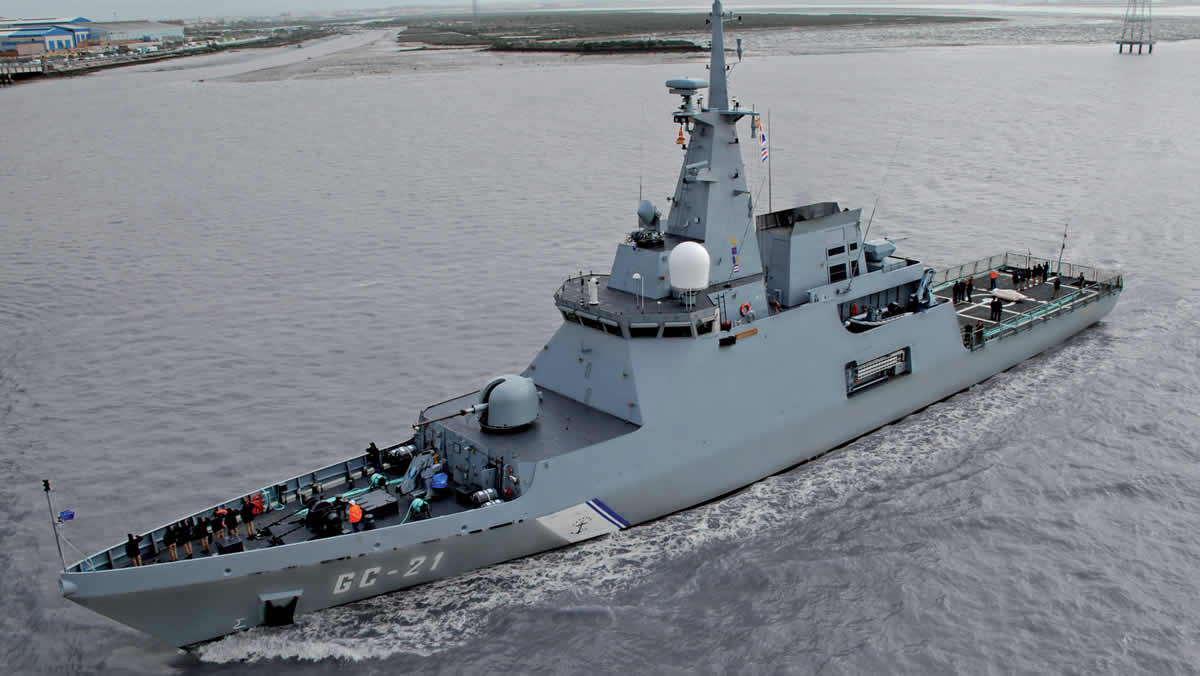 Spanish shipbuilder Navantia has landed a contract with the Royal Moroccan Navy to build two patrol vessels intended for the surveillance of its coasts.

The 260 million euro deal also includes a maintenance of the vessels.  Confirming media reports, Maria Jesus Monterao, Spain’s finance minister, said Navantia’s construction of the  high seas patrol vessel would involve 250 jobs and a million hours of work at the Cadiz Bay shipyards over the next three and a half years. These patrol boats will be used for coastal surveillance, rescue missions as well as to deter illegal immigration.

It was in 2019 that Morocco invited bids for the project. Navantia, Kership, which is a joint venture of French civil shipbuilder Piriou and Naval shipbuilder DCNS, and Dutch company Damen Shipyards Group competed for the contract.

Described by Navantia as “littoral patrol vessels with offshore capabilities,” the 80-meters-long OPVs (Offshore Patrol Vessel) has a full load displacement of 1,500 tons, a range of 4,000 nautical miles and a capacity of 40 crew members. With high-altitude patrol vessels in great demand internationally,  Navantia expects to garner significant export opportunities.

Avante 1400 OPVs are describe by Navantia as “littoral patrol vessels with offshore capabilities.” They have a length of 80 meters, a full load displacement of 1,500 tons, a range of 4,000 nautical miles and a crew complement of 35 sailors.

The design of the OPV for the Royal Moroccan Navy will be based on the Buque de Vigilancia de Litoral (BVL) also known as the Avante 1400. Four BVLs were ordered (along with four POVZEE / Avante 2200 Combattants) by the Bolivarian Navy of Venezuela in 2005. While three Guaicamacuto-class patrol boats (Avante 1400) were delivered, one of them sank in March last year after hitting a cruise ship.

Navantia is no stranger to Morocco, having supplied patrol boats and a missile corvette to the Royal Moroccan Navy in the 1980s. Negotiations between the company and the RMN slowed down in 2020 following Morocco’s decision to extend its borders into Spanish territorial waters.

Morocco is currently strengthening its military capabilities, with a special focus on developing its naval force by expanding its fleet of frigates, corvettes and patrol motor boats.