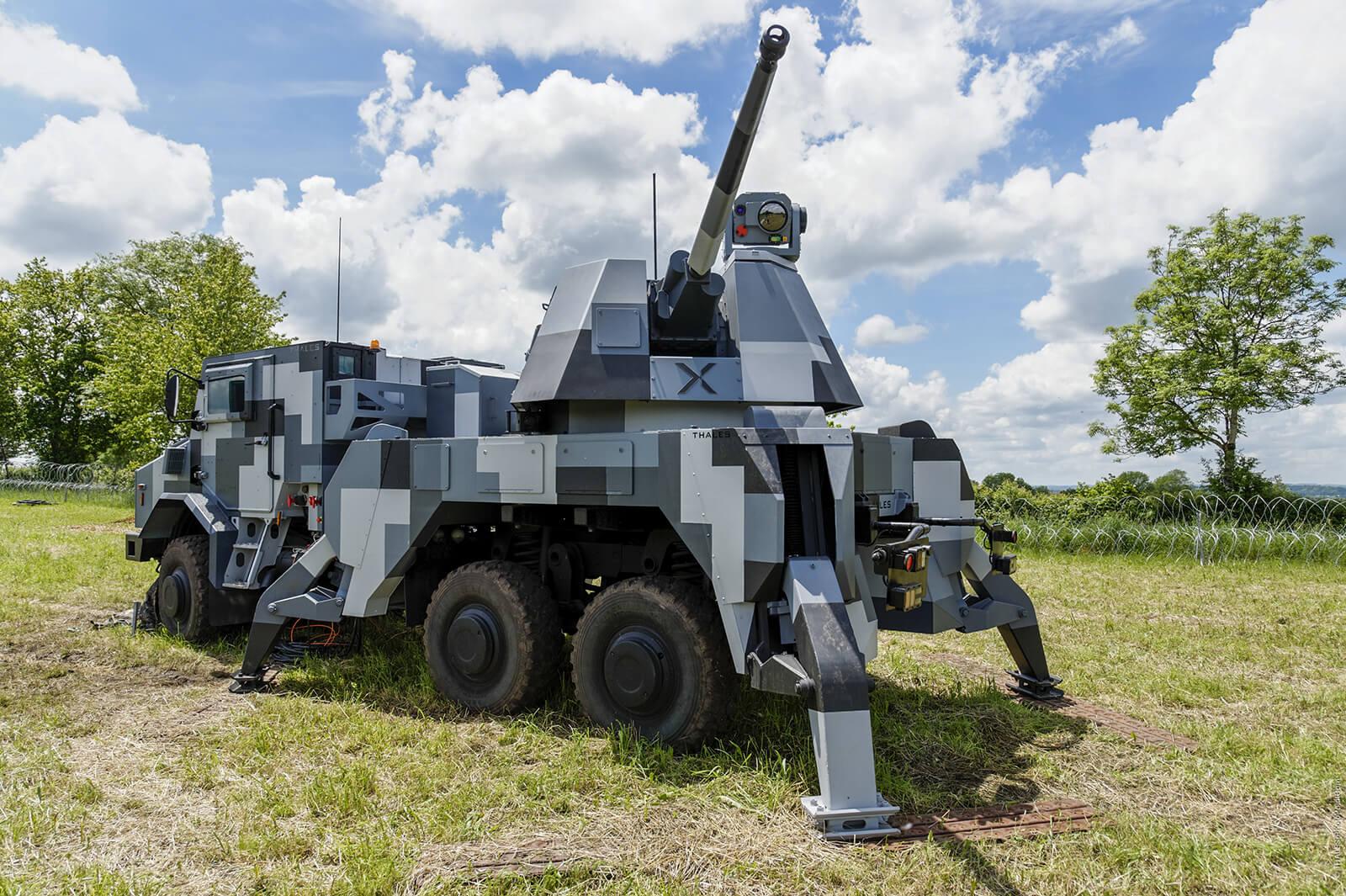 Nexter is exhibiting solutions that meet the needs of anti-drone and ground-air defence at the ongoing show and in partnership with Thales, is offering the RAPIDFire weapon system for low altitude ground-air defence.

In the future, Nexter will position itself as a system integrator for new anti-drone systems.

Nexter is presenting weapon systems such as the ARX 30 and RAPIDFire, equipped with medium-calibre guns, offering surface-to-surface and surface-to-air capabilities to counter new threats such as drones, missiles or loitering munitions at short and medium range.

These weapon systems have the advantage of being able to deal with a large number of simultaneous threats such as a swarm of drones, to adapt the munition rapidly to the target in the face of combined threats, to benefit from excellent reactivity at short range and, above all, to have a very low cost in the face of often inexpensive targets.

Nexter’s ARX 30 C-UAV will be available by 2025 and can defend against threats that are 1.5 km away. This remotely operated weapon system uses the 30M781 cannon, which equips the Tiger helicopter. This electromechanically operated gun, which uses NATO-standard 30×113 ammunition, is effective on small and medium-sized ground and air targets. It is presented in a C-UAV version, coupled with a MATIA radar.

Nexter’s RAPIDFire in its land version can defend against targets that are 4 km away and is a 1/10th scale model identical to the naval version that will equip the new French Navy’s supply ships (BRF) by the end of 2022.

This remotely operated multi-role artillery system, armed with the JAGUAR’s 40CTA gun, is equipped with its own tracking and pointing systems designed by Thales. Accurate and ergonomic, RAPIDFire offers a close-in self-defence capability against surface and air threats, from the smallest civilian drone to rockets, missiles, helicopters and aircraft.