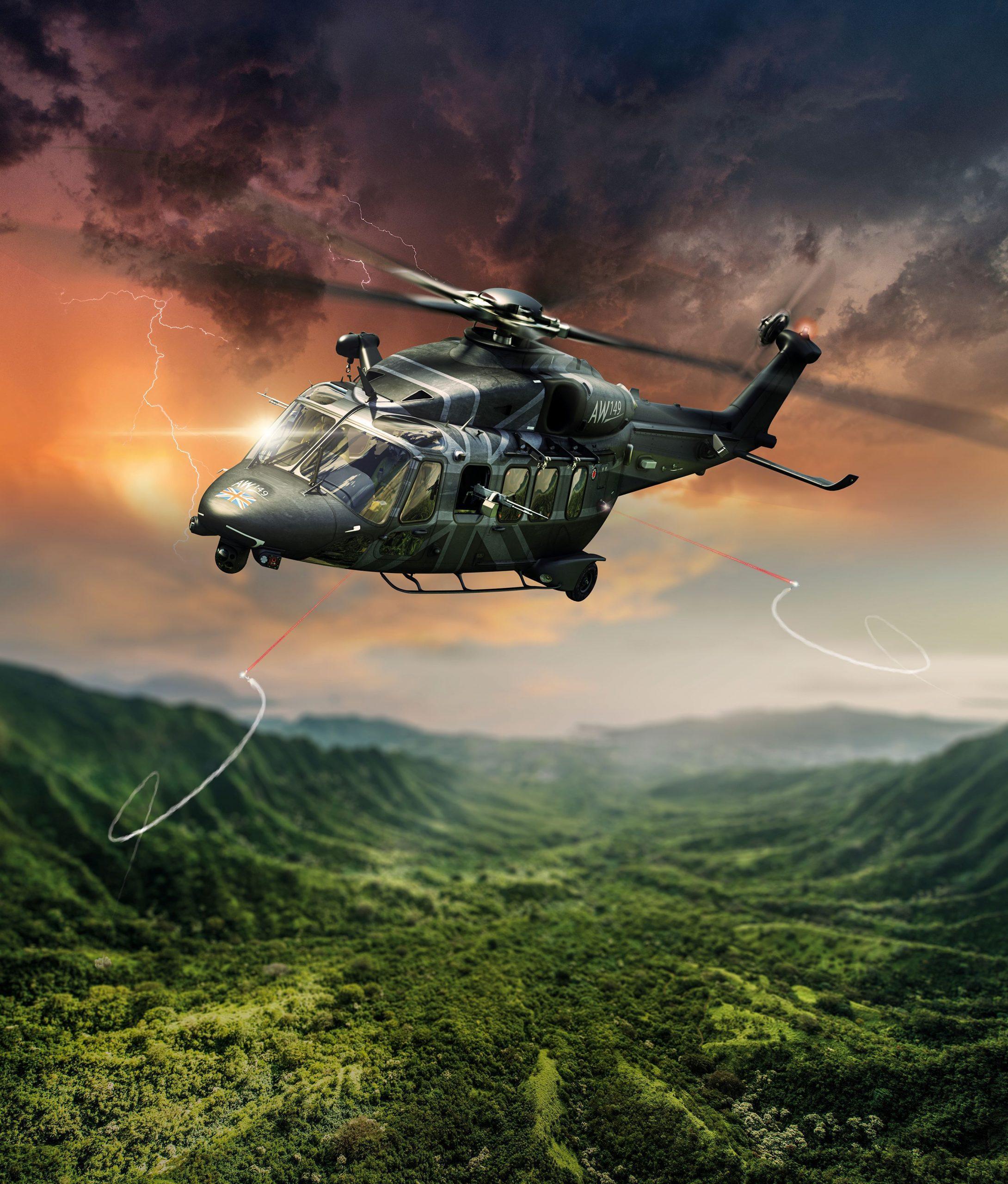 Leonardo has announced the launch of Team AW149 UK, its onshore supply chain for the AW149 helicopter, which is competing to meet the needs of the nation’s New Medium Helicopter requirement.

The industrial team for the AW149 features more than 70 companies from England, Scotland, Wales and Northern Ireland. At the ongoing DSEI 2021, Leonardo announced the names of nine team members: Abaco Systems, Aerco, Chelton, Ford Aerospace, Forged Solutions, Incora, LFD, RDDS Avionics and Techtest Limited. These companies will support Leonardo Helicopters in its bid to supply the UK Ministry of Defence (MoD) with the AW149 from its production facility in Yeovil.

“I am delighted to have the opportunity today to introduce Team AW149 UK and highlight some of the leading small and medium-sized British companies who will be involved in delivering the AW149 for the UK Armed Forces should we be selected,” said Nick Whitney, Managing Director of Leonardo Helicopters (UK). “The companies we’re spotlighting today are diverse in what they do and where they’re located but they and we at Leonardo have one important thing in common, which is a commitment to providing the UK Armed Forces with the most modern, capable and cost-effective medium helicopter to meet their operational needs.”

The AW149 is a safe, agile and robust platform, which can be reconfigured for a wide range of demanding missions in the most severe operational environments. Leonardo estimates a large and accessible export market for a British-made medium helicopter of over 500 aircraft. By choosing the AW149, the world-renowned UK Armed Forces would become a reference customer for the product, making the AW149 a desirable choice for global allies. This could help deliver billions of pounds worth of export sales for Leonardo with beneficial knock-on effects for its supply chain and the wider UK economy.

The Team AW149 UK members play a vital role in the latest-generation AW149. These companies form part of a network of more than 70 UK-based businesses that contribute to the existing AW149 platform. Leonardo continues to work across industry to grow its UK supply chain to meet the potential needs of the nation’s New Medium Helicopter requirement.