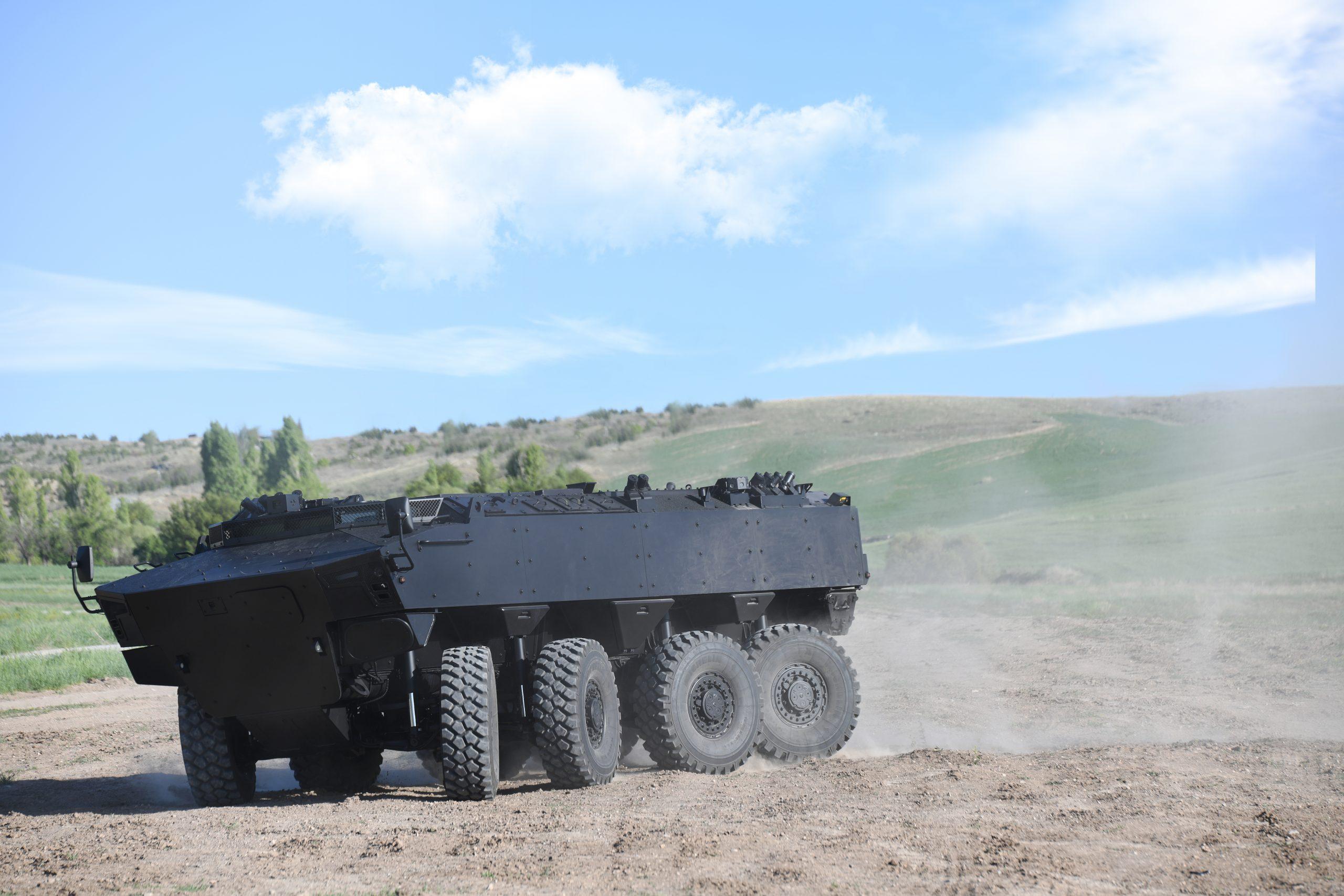 The PARS IV 8×8 New Generation Wheeled Armoured Vehicle, designed and produced by FNSS taking into account the future requirements of the Turkish Land Forces, is being exhibited at IDEF 2021.

The vehicle, which is currently being prepared for the test and evaluation process that will be carried out by the Presidency of Defence Industries and the Land Forces , will be subjected to ballistics, mine, IED and mobility tests, and also evaluated on paper. The most protected configuration of the PARS family. the vehicle, for which design studies began in 2019, is capable of adapting to all kinds of environmental conditions and engaging multiple threats in a short time,

The PARS IV 8×8 has been developed to adapt to today’s hybrid warfare conditions where asymmetric threats are in question, by taking conventional warfare elements into account. The elements that determine the operational capabilities of the vehicle – protection, firepower, mobility and electronic infrastructure systems – have been adapted to current conditions. Because of its modular structure, different variants of the vehicle can be produced to serve as an infantry fighting vehicle, reconnaissance, command and control, personnel carrier, mortar carrier, combat engineering, as well as CBRN and recovery vehicles.

Thanks to the modularly designed armour system and special hull design, which has the highest ballistic, mine and IED protection in its class; protection level of the vehicles can be increased in case of user requirement.

PARS IV 8×8 can operate day and night in all terrain and weather conditions. The two-man driver cabin in front of the vehicle provides more than 180 degrees of visibility and a high level of driving safety under armour. Panoramic periscopes in front of the vehicle, as well as the thermal cameras located in the front and the rear, provide a wider field of vision to the driver and commander.

The power unit is supported by the PARS IV 8×8’s superior mobility, balanced load distribution and fully independent, height-adjustable, hydro-pneumatic suspension designed to support the necessary maneuvers in all kinds of difficult conditions. Because of its all-wheel steering system, the vehicle, which has the ability to turn in a radius as long as its length, can easily maneuver in urban areas.