Home- Stories -Plenty of Interest in Havelsan Products at IDEF 2021

Plenty of Interest in Havelsan Products at IDEF 2021 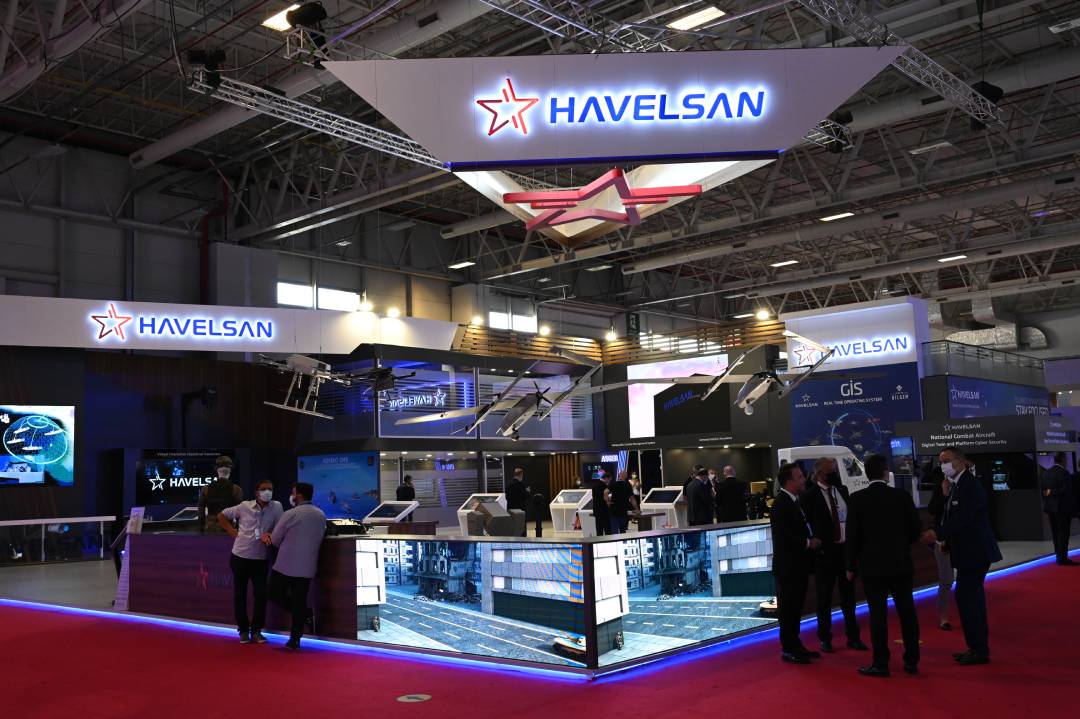 Turkish defence firm Havelsan has signed memoranda of understanding with various companies during IDEF 2021, which will conclude on Friday in Istanbul.

The company announced in a press statement that it has signed MoUs with prominent Turkish companies, including Nurol Makine, Katmerciler, Otokar and Tümosan. It is also working on introducing new technologies to strengthen its position in existing markets and expand to new ones.

As part of the agreements signed, Havelsan’s Doob/Harbiye-Tactical Command and Control Information System will be integrated into intelligence, reconnaissance, and surveillance systems. The company’s Kask system will be used on platforms to keep generating location data and perform missions despite jammers. Companies wiill also use Havelsan’s CBRN (Chemical, Biological, Radiological, Nuclear) products to counter CBRN threats and hazards.

Havelsan is also working on developing a series of software for smart reconnaissance, patrol security, port/military base security, minesweeping, submarine detection, and surface/underwater warfare missions for use in Unmanned Surface Vessels developed by Yonca Onuk Shipyard. The company will also integrate the Unmanned Surface Vehicle into Advent Combat Management System, thus equipping it with capabilities to not only operate with floating/ground command control stations but also execute network-enabled joint missions.