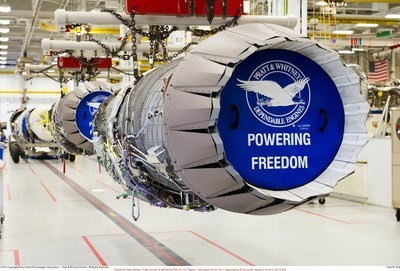 Pratt & Whitney has won a US$115 million contract for the F135 engine enhancement effort, also referred to as an engine core upgrade.

“Upgrades like this are a normal part of any major defense program and the F135 engine has been pushed beyond its original specifications for too long,” said Jill Albertelli, president of Pratt & Whitney’s Military Engines business. “The F-35 engine core upgrade saves taxpayers $40 billion in lifecycle costs and builds upon a combat-tested engine architecture that has more than one million flight hours.”

The F135 engine core upgrade delivers the fastest, most cost efficient, lowest risk path to Block 4 capability for all global F-35 operators. It is the only F-35 propulsion option that is a ‘drop in’ solution for all variants, adding no weight and avoiding disruptive and costly air vehicle changes that would introduce additional costs, schedule delays, and technical risk.