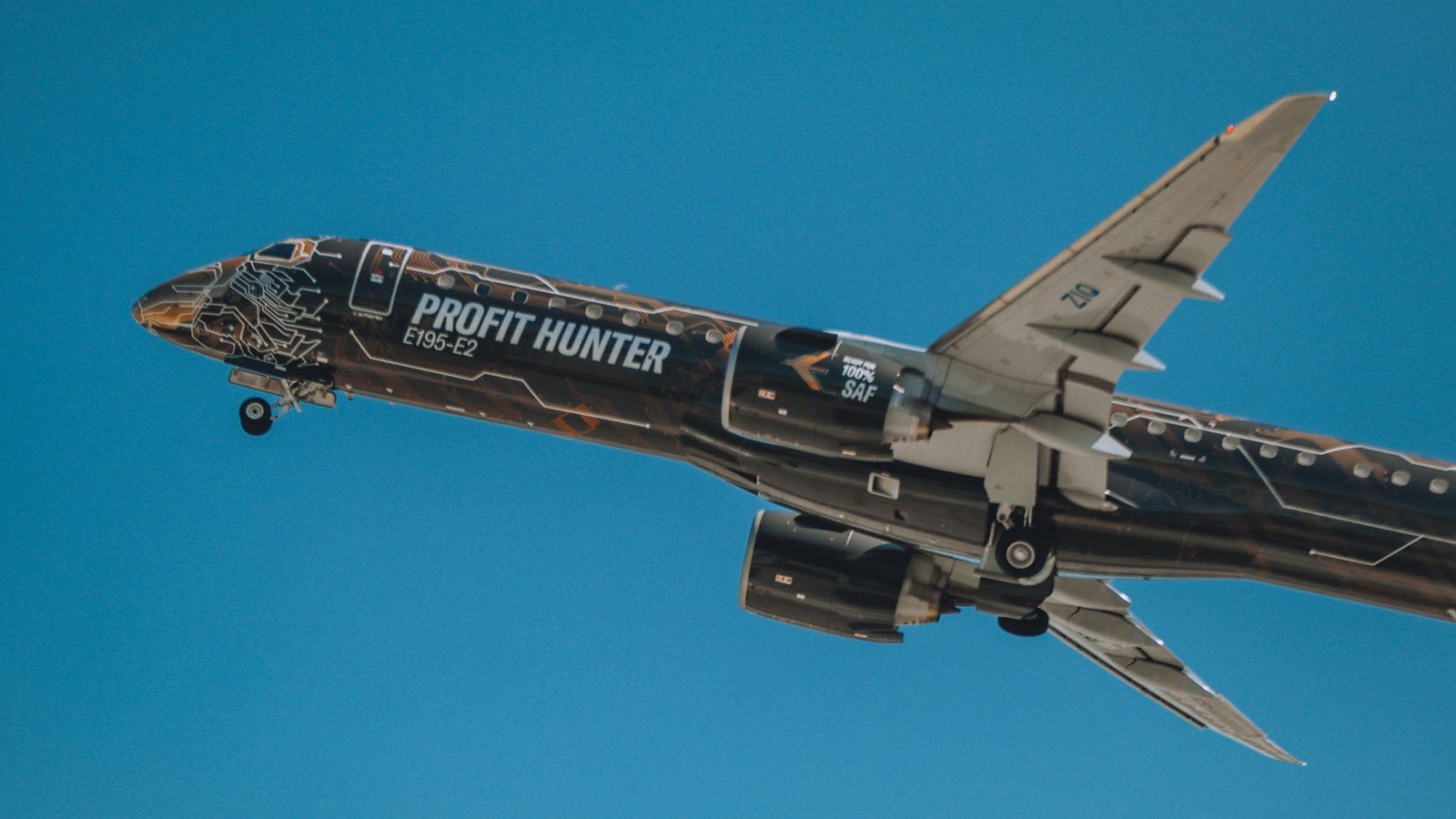 The test, with one engine running on 100% sustainable fuel, validated that GTF engines and the E-Jets E2 family can fly on both engines with blends of up to 100% SAF without any compromise to safety or performance.

“The E2 is already the most efficient single-aisle aircraft flying today, saving up to 25% CO2 emissions compared to previous generation aircraft,” said Rodrigo Silva e Souza, vice president of strategy and sustainability at Embraer Commercial Aviation. “This reduction in emissions can be increased up to an impressive 85% with 100% SAF.“

“Replacement of older aircraft by new-generation products and scaling up SAF production are the two most effective actions commercial aviation can take now to achieve a significant reduction in emissions,” he added.

All Pratt & Whitney engines and Embraer aircraft are currently certified to operate with SAF blended up to 50% with standard Jet A/A1 kerosene, according to ASTM International specifications. Future specifications will enable blends of up to 100% SAF to maximize the emissions reduction potential of using fuel derived from sustainable, non-fossil-based feedstocks.

“SAF is a core part of our sustainability road map, and we continue to work with industry partners and regulators to support the development of a drop-in standard for 100% SAF,” said Graham Webb, chief sustainability officer at Pratt & Whitney. “This test proves that GTF engines can operate on any fuel and that the E-Jets E2 family is ready for 100% SAF certification once the industry finalizes the standard for unblended SAF.”

The type of sustainable aviation fuel used by Embraer and Pratt & Whitney was 100% Hydroprocessed Esters and Fatty Acids Synthetic Paraffinic Kerosene (HEFA-SPK) acquired from World Energy. HEFA-SPK is a specific type of hydrotreated renewable feedstock fuel used in aviation and is considered a leading alternative replacement for conventional jet fuel by the Commercial Aviation Alternative Fuels Initiative (CAAFI), due to the sustainability of its feedstock.

The Pratt & Whitney GTF is the exclusive powerplant of the Embraer E-Jets E2 family. The American company claimed that the engine reduces fuel consumption and CO2 emissions up to 25% per seat, NOx emissions by 50%, and noise footprint by 75% compared to prior generation aircraft, based on 75 dB noise contour and ICAO CAEP/6 emissions regulations.

The GTF engine is certified for operation on up to 100% sustainable aviation fuel which will help the industry meet its target of net zero emissions by 2050.