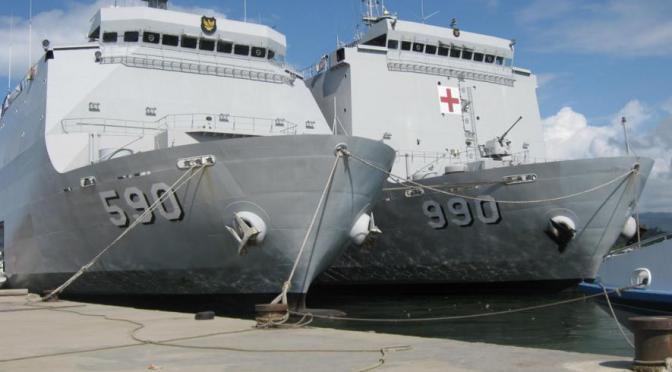 Officially named KRI Dr. Wahidin Soedirohusodo (991), the ship design is based on Semarang-class Landing Platform Dock (LPD). The sole ship in the Semarang-class is now being temporarily used as an emergency hospital ship. After commissioning, the new hospital ship will take over the current temporary role of KRI Semarang (594) and will join KRI Dr. Soeharso (990) as the second hospital ship in the Indonesian Navy (TNI-AL) inventory.

The 7290 ton displacement, 124 meter ship can accommodate up to 651 people onboard. This includes all of the ship crew, medical personnel and patients. The ship, which has maximum cruise speed of 18 knots and 30 days endurance, is also equipped with 2 helicopter landing spots and carries two ambulance boats on board.

Because it was designed from the ground up as a hospital ship, the vessel has a full range of medical facilities including  emergency and surgery rooms, quarantine facilities and more.

Another ship of the same class is currently under construction and is expected to be launched in 2022.