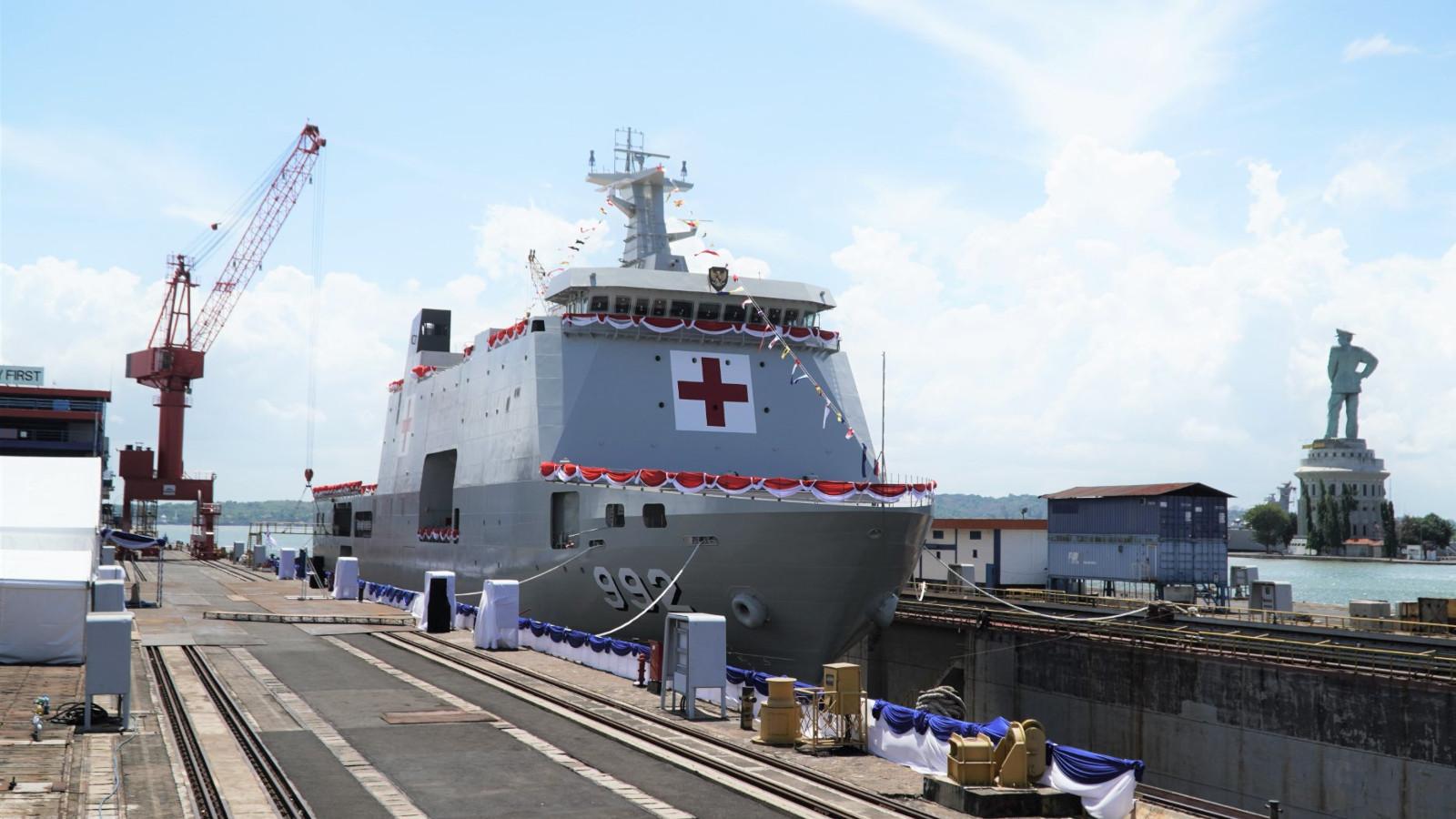 Known in the Indonesian Navy as “kapal ‘Bantu Rumah Sakit’ (BRS)” or Hospital Auxiliary Ship, the first of TNI-AL’s BRS is a former KRI Tanjung Dalpele (972) Landing Platform Dock (LPD) designed and built in South Korea. Launched in September 2003, the ship was converted and redesignated into a hospital ship in 2007. It was also renamed and given a new hull number to KRI dr. Soeharso (990).

As with its sister ship, KRI dr. Radjiman Wedyodiningrat (992) has a length of 124 meters, 21.8 meters beam, and a displacement of around 7,300 tonnes. Powered by a pair of 5,420kW diesel engines, it has a top speed of 18 knots, a maximum range of about 10,000 nautical miles (18,520 km), or a 30-day endurance. Aside from being equipped with two landing pads and a helicopter hangar, the ship also carries two ambulance boats onboard.

Each Sudirohusodo-class hospital ship is designed to accommodate up to 643 personnel including 120 crewmembers, 66 medical personnel, and 242 patients of which 159 are bedridden. Both ships have a full range of medical facilities including emergency and surgery rooms, CT-scan and X-ray rooms, quarantine facilities, and more.

While no new deal has yet been finalized, TNI-AL has expressed its intention to acquire another Sudirohusodo-class hospital ship in the near future.