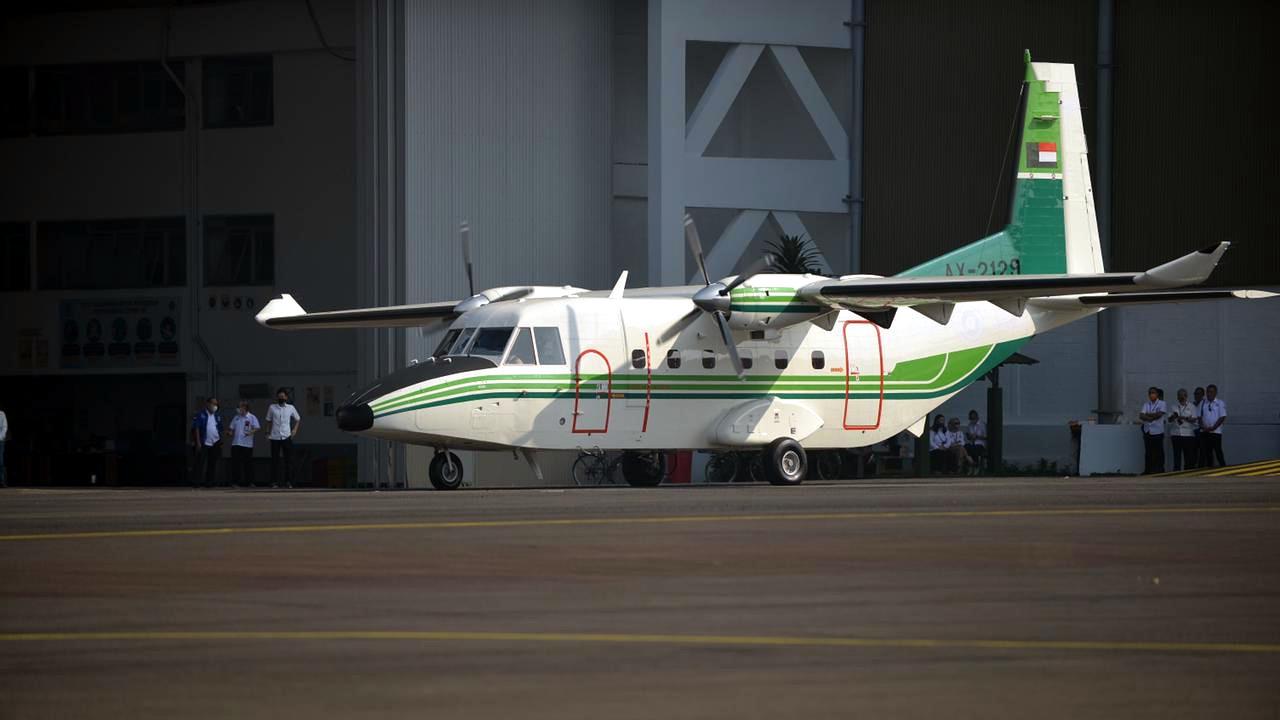 Indonesian state-owned aircraft builder, PT Dirgantara Indonesia (PTDI) delivered one NC212i rainmaker aircraft to the Department of Royal Rainmaking and Agricultural Aviation (DRRAA) of Thailand on Monday (1 August). The plane took off from PTDI’s facility in Bandung, West Java, and is expected to arrive at Nakhon Sawan Airport, Thailand on Wednesday, August 3rd.

“The NC212i has very diverse capabilities in its specifications, therefore what we are delivering today is the troop transport configuration which can then be modified for rain making. This capability of the NC212i is ideal for Thailand’s geographical conditions,” said Wildan Arief, PTDI’s Director of Finance, Risk Management & Human Resources. “It is possible that in the future there will be another type of aircraft which is also suitable for Thailand’s geographical conditions, namely the N219, which is expected to become the next contract with Thailand.

“We do not only sell the aircraft but we’re also delivering after-sales service, along with support for spare parts. That’s why many countries are comfortable with us because PTDI can be a one-stop service for them,” He added.

Sporting a white livery with green strips and AX-2129 tail number, the new NC212i aircraft will make two stops in its journey. Its first stop is at Sultan Syarif Kasim II International Airport at Pekanbaru, Indonesia’s Riau province, before continuing on the next day to Hat Yai International Airport in Songkhla province, Southern Thailand near the Malaysian border where it will make another stop for refueling and rest for its crews.

On the next day, the aircraft will be heading North to Nakhon Sawan province to land at its airport, where it will be handed over to Thailand’s authorities. In this ferry flight, the aircraft will fly a total distance of more than 2,765 km including about 900 km across the Malacca strait and the Gulf of Thailand.

The contract for one NC212i aircraft was signed between PTDI and Thailand’s A.I.C.E. Enterprises Co., Ltd. on June 18, 2020, with the Department of Royal Rainmaking and Agricultural Aviation (DRRAA) of Thailand as its end user. According to Wildan, there’s still one more aircraft from another contract with Thailand. It is expected that this aircraft will be delivered to the agency by the end of this year.