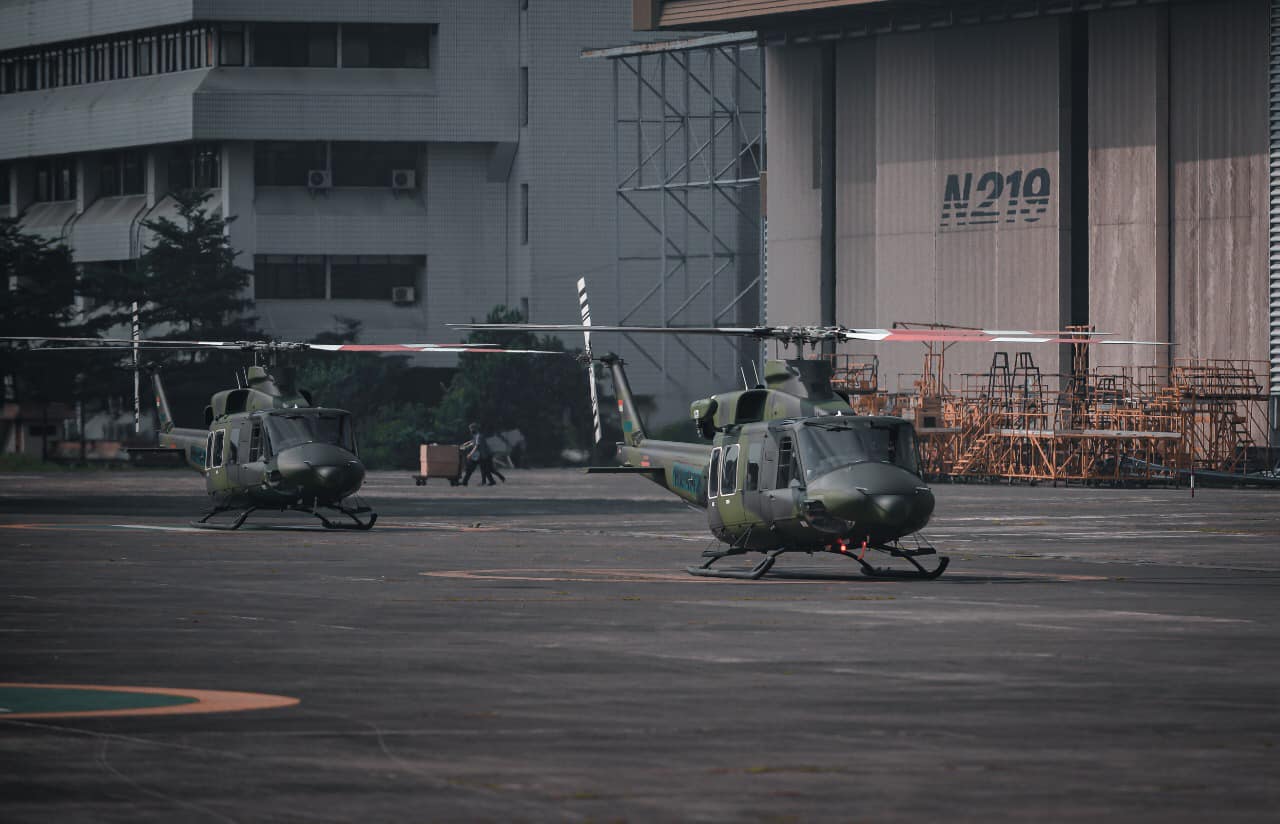 The helicopters, delivered on Wednesday, are the fourth and fifth Bell 412EPI helicopters that PTDI has delivered to the Indonesian Army since the initial delivery began in December 2020.

The helicopters are part of a contract worth US$180 million between the Indonesian Ministry of Defense (Kehman) and  PTDI that was signed on January 9, 2019. Under this contract, PTDI will build and deliver nine Bell 412EPI helicopters to Puspenerbad including armament, ammunition, spare parts and training packages.

Puspenerbad is currently operating 56 Bell 412 helicopters in several versions. Some of them have been upgraded to include Forward Looking Infra-Red (FLIR) camera systems, weapon pylons for unguided rockets and door mounts for M134 7.62 mm six-barreled miniguns.

Built under license from Bell Helicopter, United States, PTDI’s Bell 412EPI is an improved version of the Bell 412EP with glass (digital) cockpit as well as two P&WC PT6T-9 electronic controlled turboshaft engines. These engines increase the take-off power by about 13 percent compared to the previous versions.

The Bell 412EPI has a maximum carrying capacity of two pilots and 13 personnel. It can carry a maximum combined internal and external load of about 4,000 kg. The helicopter  is able to reach a top speed of 260 km/h with a full tank and has  a cruise speed of 235 km/h. It also has a maximum range of 687 km.

PTDI is an Indonesian state-owned enterprise involved in aircraft design, development and manufacture located in Bandung, West Java province. Established in 1976, the company  jointly develops and manufactures the CN-235 transport aircraft with CASA Spain as well as the current ongoing project of KF-21 jet fighter development with KAI of South Korea. It has built and delivered various aircraft and helicopters for civilian and military use, both in Indonesia and other countries.