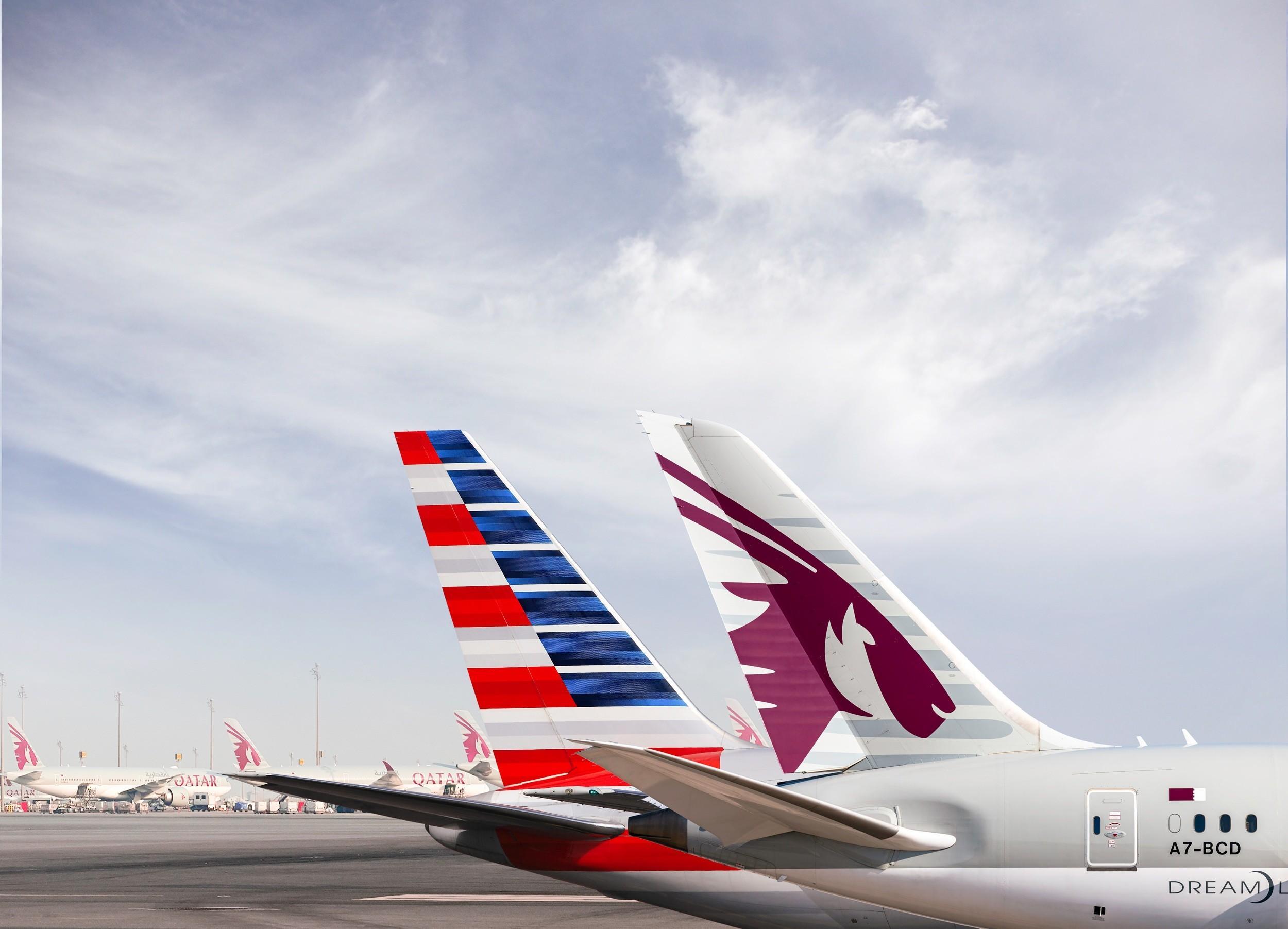 Qatar Airways has signed a significant codeshare agreement with American Airlines in a move that will increase commercial cooperation, bolster connectivity and create hundreds of new travel options for millions of customers.

The new agreement will establish a partnership at a global level between two of the world’s most connected airlines, linking some of the largest airport hubs in the US to Hamad International Airport in Doha, voted the Middle East’s best hub and holder of a place in the world’s top five airports for the last three years.

Qatar Airways Group Chief Executive His Excellency Mr. Akbar Al Baker said, “We are very pleased to secure this strategic partnership with American Airlines – an agreement between two successful and ambitious airlines with a shared common purpose to enhance the customer experience. The deal will bring together two of the world’s largest airline networks, increasing choices for millions of passengers and providing seamless connectivity to a significant number of new destinations, in line with Qatar Airways’ successful growth strategy.

“We have moved on from past issues and look forward to working closely with American Airlines to build a world-leading partnership for all our customers. This agreement will harness our complementary strengths and resources and enable more customers to experience Qatar Airways’ award-winning product quality.”

“Our goal is to continue to expand and deepen global partnerships to complement American’s network and create more choice for our customers,” said American’s Chairman and CEO Doug Parker.

“The issues that led to the suspension of our partnership two years ago have been addressed and we believe resuming our codeshare agreement will allow us to provide service to markets that our customers, team members and shareholders value, including new growth opportunities for American Airlines. We look forward to the renewed cooperation between our airlines and hope to build an even stronger relationship with Qatar Airways over time.”

American Airlines passengers will be able to book travel on all Qatar Airways flights between the U.S and Qatar and beyond to a range of destinations in the Middle-East, East Africa, South Asia, the Indian Ocean and South East Asia.*

Following the reactivation of the codeshare, both airlines will also explore the opportunity for American Airlines to operate flights between the USA and Qatar, along with a number of joint commercial and operational initiatives to further strengthen this renewed partnership.