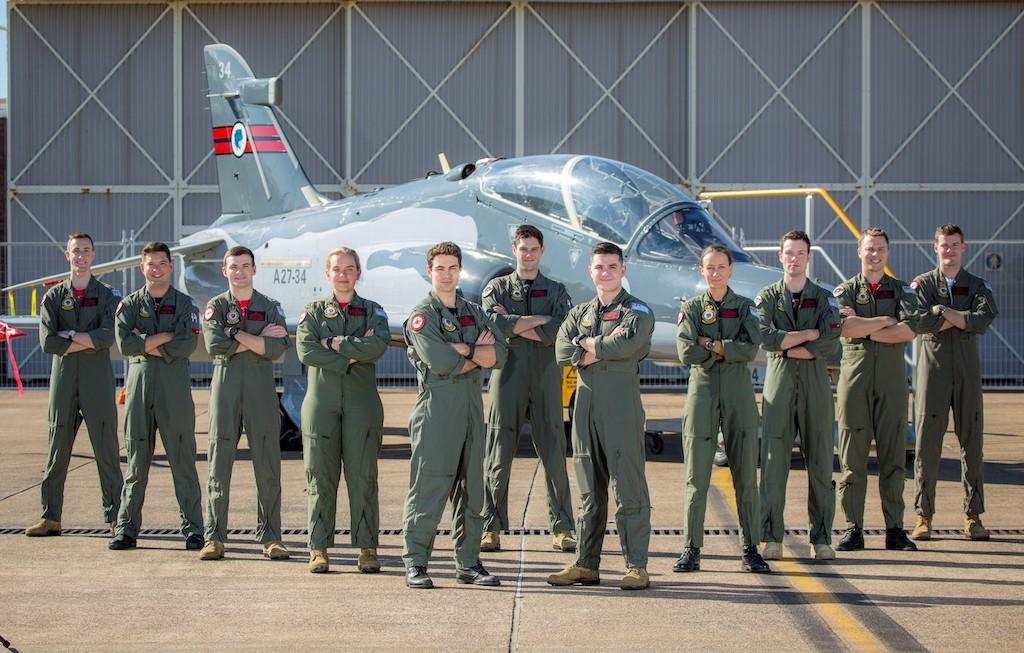 The Royal Australian Air Force (RAAF) has completed the trial and implementation of advanced synthetic training capabilities as part of the Introductory Fighter Course (IFC) at RAAF Base Williamtown.

As part of the IFC, the first class of fighter pilots made greater use of synthetic training, including networked simulators.

These pilots have now graduated and are proceeding to training on their assigned fast-jet aircraft.

“CAE developed new lesson plans and mission scenarios to accurately simulate elements of the Introductory Fighter Course traditionally conducted in airborne events,” said Air Vice-Marshal Roberts. “Maximum training benefit was delivered by supporting our 76 Squadron flying instructors in the use of the new mission profiles, and CAE’s efforts have been outstanding in supporting the Lead-In Fighter Training enterprise for the RAAF.”

The RAAF’s two CAE-built Hawk Mk127 full-mission simulators at RAAF Williamtown, were put to full use.

In addition to enhancing the operating performance of constructive computer-generated forces within the training scenarios, CAE added realism to the advanced final stages of lead-in fighter training by networking the two FMSs, thus allowing multiple students and instructors to fly the same mission or fly against each other.

“The enhanced Introductory Fighter Course is a great example of how a government-industry relationship should work to deliver value and capability,” said Ian Bell, CAE’s Vice President and General Manager, Asia/Pacific/Middle East. “We are honoured to be part of the integrated team supporting the RAAF’s lead-in fighter training program at both RAAF Williamtown and RAAF Pearce, and privileged to play a role in helping prepare its next-generation fighter pilots.”