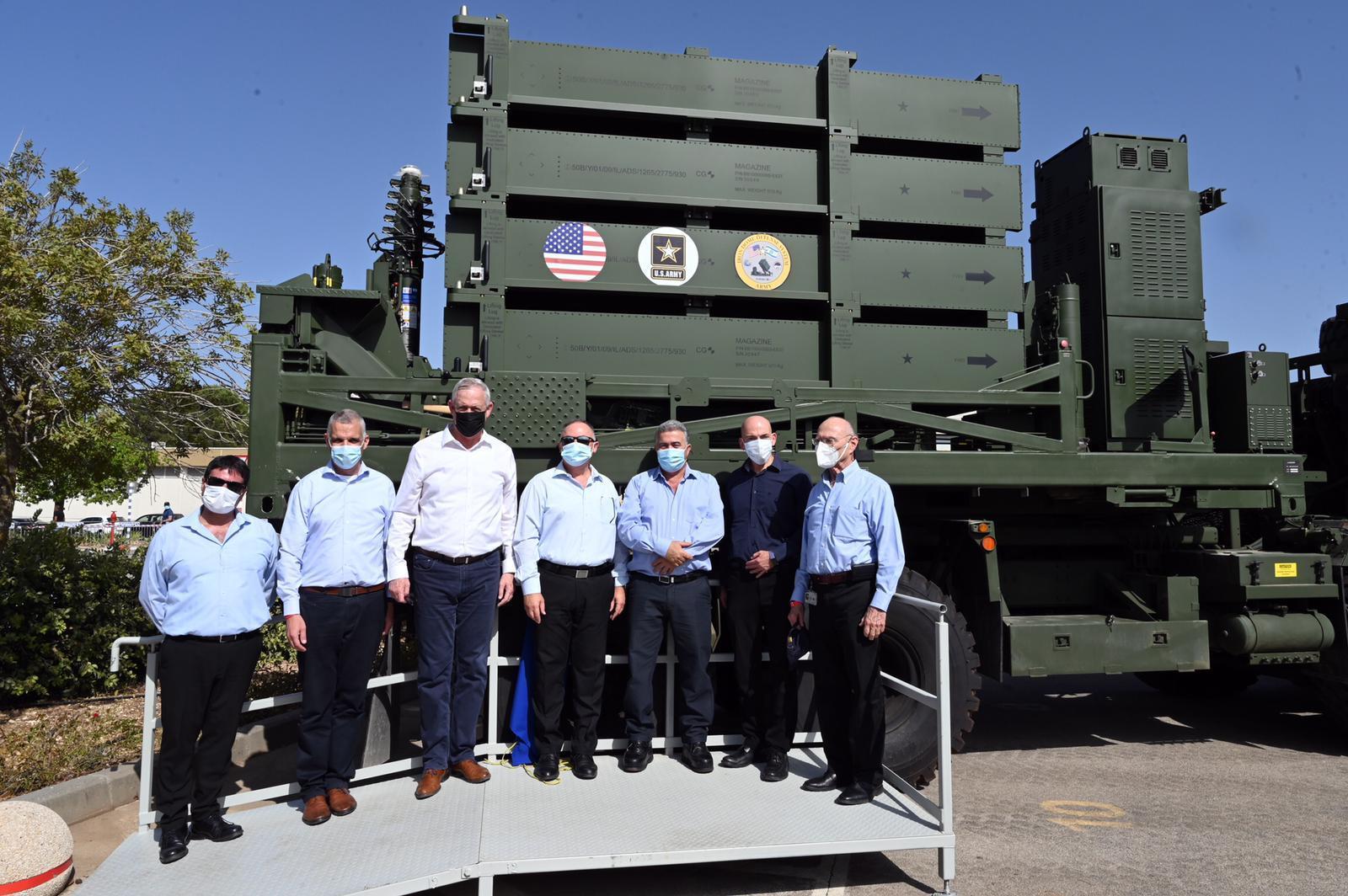 the Israel Missile Defense Organization (IMDO) has delivered the first of two Iron Dome Defense System batteries, developed by Rafael, to the U.S. Army. An event was held at the company’s Iron Dome production line on Sept. 30 to celebrate the occasion.

“The Iron Dome system, as a part of [Israel’s] multi-layered missile defense system, reflects the strength of the Israeli defense establishment,” said Israeli Defense Minister Benny Gantz. ” As a result of the effectiveness of this system, many deaths were prevented on the home front of southern Israel, and it has a significant impact on the battlefield. I am proud that this advanced system will also protect U.S. Army troops.”

In August 2019 the United States and Israel signed an agreement for the procurement of two Iron Dome Defense System batteries (IDDS-A). The second battery will be delivered in the near future. The batteries will be employed in the defense of US troops against a variety of ballistic and aerial threats.

“The very fact that we are handing over the first battery, a year after the agreement was signed, is an achievement in itself- alongside production for the benefit of the State of Israel, we have met the requirements of the U.S. military,” said Patel.

“The Iron Dome system which will serve the U.S. military is tailored according to U.S. requirements,” said Pini Yungman, Rafael Executive Vice President and Head of Air and Missile Defense Division.  “This being said, its performance capabilities, as seen in Israel, will remain the same. To date, we have conducted three demonstrations and intercepted targets chosen by the U.S. Army for the Iron Dome system.”

The Iron Dome system has been operational in Israel since 2011 and has demonstrated its capabilities with over 2400 successful interceptions of incoming threats. It is an integral part of Israel’s multi-layered defense array developed by the IMDO. The defense array includes the Iron Dome, David’s Sling, Arrow-2 and Arrow-3 weapon systems.

The prime contractor for the development and production of the Iron Dome is Rafael Advanced Defense Systems. The MMR radar is developed by ELTA, a subsidiary of Israel Aerospace Industries (IAI), and the command and control system (BMC), is developed by mPrest.