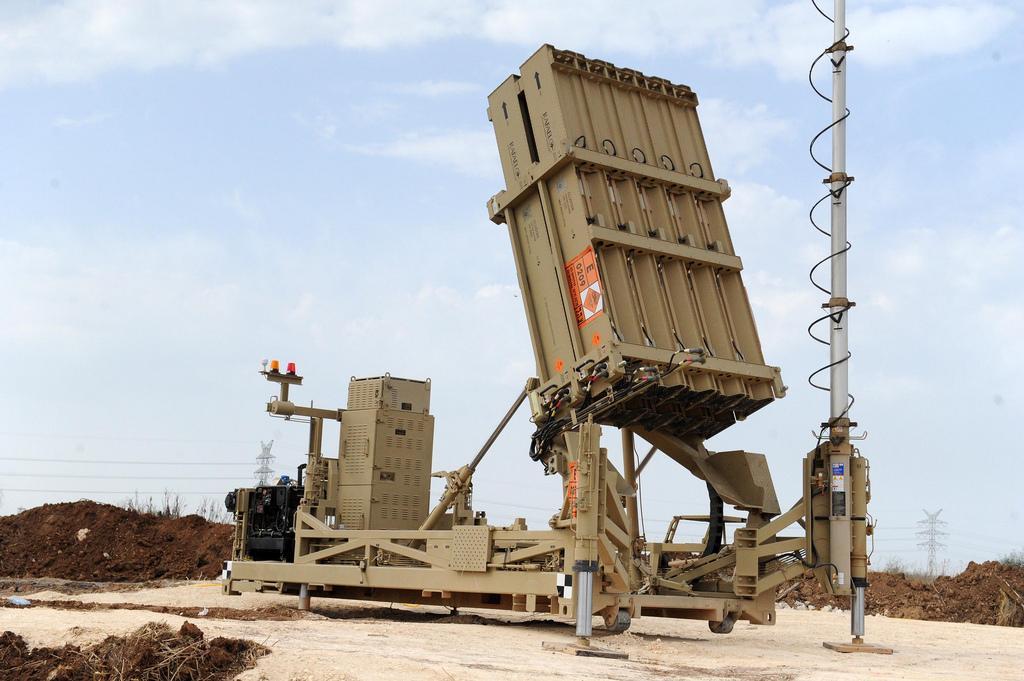 Armies around the world have come to the conclusion that short range air defense (SHORAD) are redundant, something that belongs to the past.

But warfare has changed – from massive engagements between tanks and other forces, the fighting today is what is referred to as low intensity warfare, in other words, terrorists against armies.

Israel was first to understand the mistake, and now the US is following with an effort to acquire enough SHORAD systems. A “Dramatic” upgrade of the Israel “Iron Dome”, may expedite the US acquisition of the system.

While armies invested almost zero in capabilities to defend themselves from short-range rockets, mortals and drones, the new “armies”, mainly terror organizations, are using the short-range weapons very extensively.

Israel learned it first when the Hamas in Gaza launched the homemade Qassam rockets into Israel.

Since then, this “primitive” capability has spread to Lebanon and as far as the Gulf area, where the Houthi rebels hit Saudi assets with rockets.

In Israel, the decision was made very fast and Rafael started a crash program that resulted in the Iron Dome.

Upgrades of the Rafael Iron Dome rocket intercepting system and improved deployment, have resulted in 90 per cent of intercepts. During last round of fighting in May, 600 rockets have been launched from Gaza into Israel.

In a special interview, Brig. General (res) Shachar Shohat, Deputy General Manager, marketing and business development of Rafael’s air defense division, said that around the world SHORAD is again in very high priority. “Multi-rocket launchers on vehicles, and the capability of terror organization to launch salvos of rockets changed the reality, dramatically.” He further added that today Israel witnesses a situation where up to 30 per cent of the rockets have trajectory that will take them to hit populated areas.

“The basic statistic weapon, has become accurate and deadlier. The Houthi rebels used such rockets to hit Saudi targets including ships carrying oil.”

During the last round of fighting, the Iron Dome batteries operated by the Israeli Airforce (IAF) have shot down 200 rockets. The system is designed to intercept only rockets with a trajectory that will result in hitting populated places.

In recent months Rafael with the IAF, have upgraded the Iron Dome’s radar and “Tamir ” missiles so that they achieve a higher rate of intercept.

The senior Rafael executive added that Iron Dome is now a “multi mission” defense system with capabilities to intercept “higher, lower and in every angle”.

Without being more specific, he said that the operational capabilities of the Iron Dome have been put on a “new scale”. It can now protect against a variety of missiles, air-ground weapon systems, and drones.

“The robust basic design of the Iron Dome enabled us to use a better software block to achieve all these new capabilities,” he added.

The LRI was issued after tests were performed in the US. In the first one the Tamir missile of the Iron Dome was launched from an American Multi Mission Launcher (MML).

The second test in 2017 was made with a full Iron Dome battery flown to the US.

According to US media the proposed US$380 million deal will include 12 launchers, two radars and 240 “Tamir” missile.

Shohat said that to deal with rocket salvos as Israel experienced in the last round of fighting with the Hamas in Gaza, the Iron Dome launcher carries a container with 20 rockets. “That enables dealing with many targets simultaneously.”

Raytheon, the American partner in the US, is getting ready to mass produce the Iron Dome in the US.

If the US decides to make the Israeli system a standard issue, most of its parts will be manufactured in the US and as always, when that happens, Washington may offer it to its allies around the world.

Last September, the Israeli Ministry of Defense firmly denied an Arabic media report that Israel has sold one battery of its Iron Dome rocket defense system to Saudi Arabia.

“We deny the existence of a deal to sell Iron Dome to Saudi Arabia,” the Defense Ministry said.

Al-Khaleej Online, an Arabic news site with offices in the UK and the Persian Gulf, had reported that Saudi Arabia purchased the Iron Dome from Israel, citing unnamed diplomatic sources.

The report did not say how many systems were included in the alleged deal, but said that according to its sources the first system will be deployed near its border with Yemen.

If the Iron Dome carries a “made in the USA” tag, it then can be sold to some of Washington’s allies in the Middle East and the gulf region.