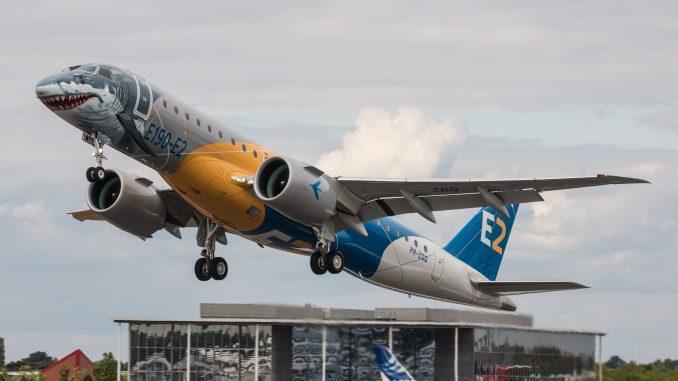 As many as 1,445 new aircraft in the up to 150-seat category will be needed in the Chinese commercial aviation market through 2040, according to Embraer’s latest outlook for the region.

The report, which was made public on the opening day of the 13th China International Aviation and Aerospace Exhibition, predicts that while 77% of the new deliveries will fulfill market growth, 23% will replace ageing aircraft.

“During the pandemic, small and medium-sized aircraft and regional flights were instrumental in the quick recovery of connectivity in China,” said Guo Qing, Managing Director and Vice President of Commercial Aviation, Embraer China. “Our E-Jets were among the first aircraft types to restore flight frequencies across airline networks.

“In the post epidemic era, building a more efficient air transport system is of vital importance,” Qing added. “The market calls for a more balanced fleet profile and route network structure to serve more secondary markets. That’s why we believe for the next 20 years, aircraft with up to 150 seats will fully release their potential.”

“China Civil Aviation Passenger Revenue Kilometers (RPK) will enjoy a 4.7% CAGR growth through the decade, signaling China’s lead in the aviation recovery,” said Arjan Meijer, President and CEO of Embraer Commercial Aviation. “We believe the Chinese aviation market will become world’s largest in the future. Embraer has already built a strong and positive presence on the market providing a solid foundation for our most advanced jet, the E2.”

Currently, there are 91 E-Jets in operation in China, flying across 550 routes, connecting 150 cities at home and abroad. “Sustainability is a top priority at Embraer across the board, and especially when it comes to new product design. More than just being the most efficient single aisle aircraft, our E2 aircraft family is also the quietest and greenest available in the market today,” Guo Qing added.

E-Jet E2s feature Pratt & Whitney PW1900G engines, new bespoke wings, plus aerodynamic innovations and full next generation fly-by-wire that together reduce fuel consumption and emissions. The aircraft’s carbon emissions are 30% lower than first-generation E-Jets. That equates to 3,700 fewer kilograms of CO2 per flight and a reduction of 1 million tons of CO2 in 10 years for a fleet of 10 aircraft.