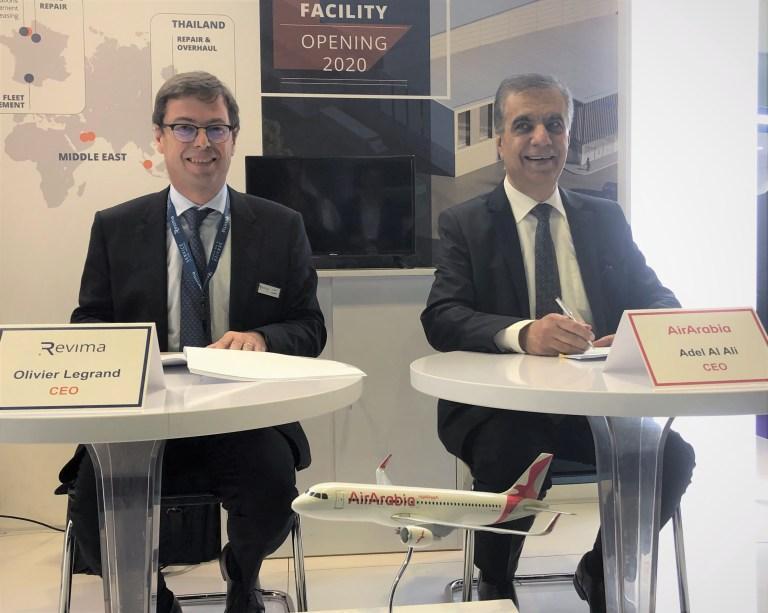 Revima, an independent Landing Gear & APU MRO, has signed a six-year contract with Air Arabia, a leading low-cost carrier in the Middle East & North Africa, for the full support of its A320 landing gears.

Air Arabia awarded Revima an exclusive contract for the maintenance, repair and overhaul of landing gears on its fleet of Airbus A320 aircraft, totalling 40 shipsets for the period.  The MRO work will be provided by Revima’s facility located in Normandy, France. Revima has been operating its A320 landing gear repair shop for several years.

“We are pleased to partner with Revima on this A320 maintenance programme which aligns with Air Arabia’s commitment to always secure highest standards of quality for our fleet operations. We look forward to a fruitful partnership” said Adel Al Ali, Group Chief Executive Officer of Air Arabia.

“We are proud having been chosen by Air Arabia, one of the very best carriers in the world,” said Olivier Legrand, President & CEO of Revima. “We look forward to bringing our tailor-made support and best-in-class services to such a successful and high-performing airline.”