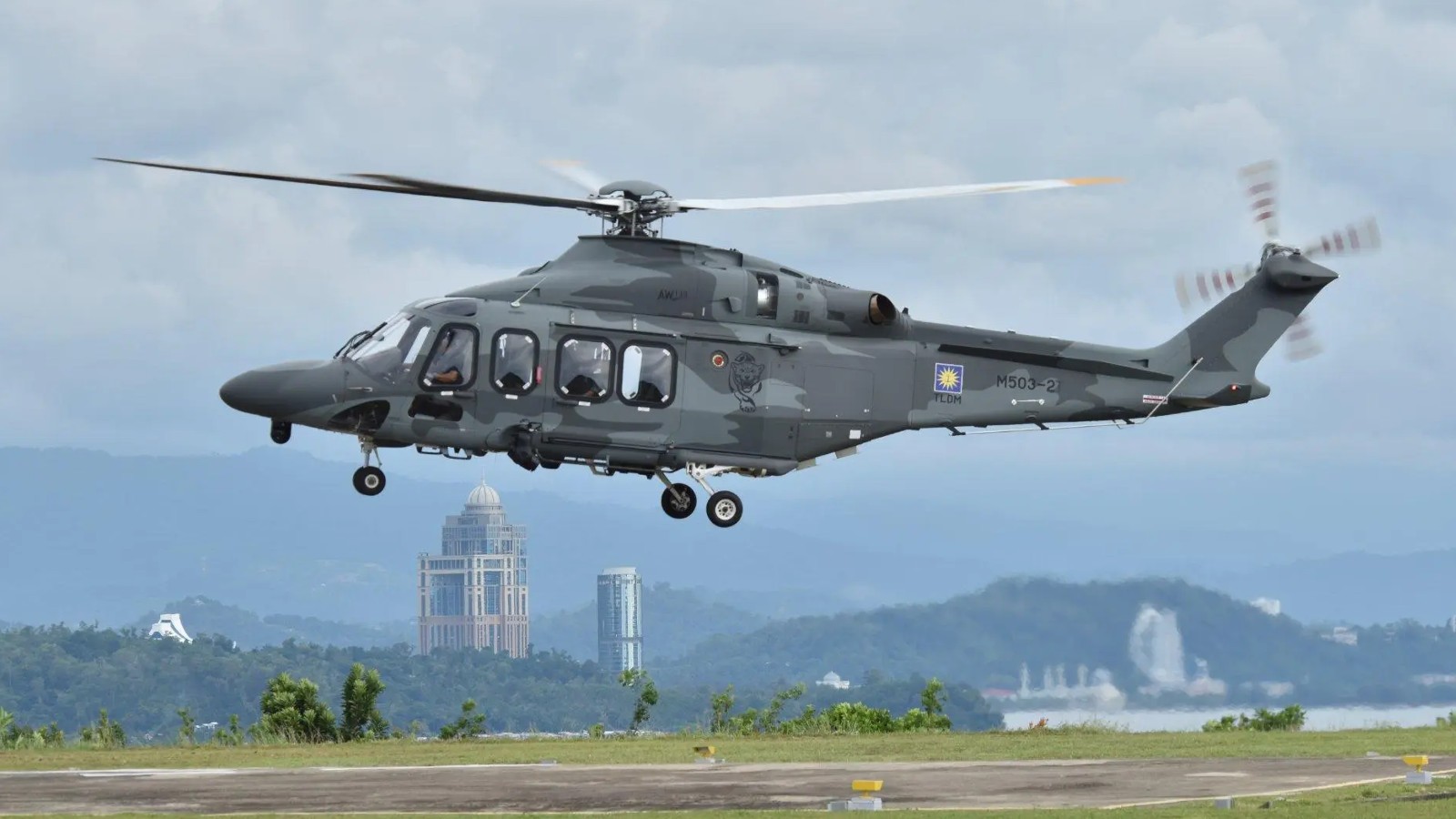 The Royal Malaysian Navy (RMN) formally received two Leonardo AW139 helicopters on Friday (1 July). As part of a contract signed in 2020 for three AW139, these two helicopters were delivered in April 2022 while the third and final one is expected to be delivered in September this year.

“These helicopters will be acquired in stages, with a total of eight helicopters,” said RMN chief Admiral Tan Sri Mohd Reza Mohd Sany recently. “(Their) configuration is also in line with their role as an aid element to the implementation of special forces missions with a reasonable duration and distance,” he added.

To accommodate the new AW139 helicopters, RMN has also formed the 503rd Squadron at the East Fleet Command Headquarters, Kota Kinabalu RMN Base. The base will also host the 601 UAS Squadron equipped with 12 ScanEagle UAVs as part of the United States Maritime Security Initiative (MSI) program.

The AW139 is a medium-sized, 15-seater helicopter developed by Agusta of Italy in 1997. In 2000, the company merged with Westland Helicopters of Britain to form AgustaWestland as a wholly-owned subsidiary of Italy’s Finmeccanica (now Leonardo). The helicopter performed its first flight in 2001 and now has been produced in more than 1100 units, as well as being sold to over 200 operators in more than 60 countries.

Powered by twin Pratt & Whitney Canada PT6C-67C turboshaft engines, the AW139 has a maximum speed of 310 km/h. Under its cruise speed of 306 km/h, the helicopter has a maximum range of 1,061 km or 5 hours and 13 minutes of endurance. The militarized version as used by the RMN is armed with 12.7 mm and 7.62 mm machine guns, and also equipped with radar and other sensors.