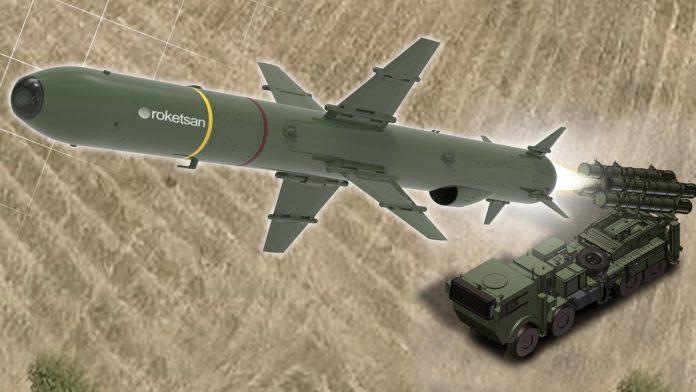 Roketsan has signed an agreement with Turkish Presidency of Defence Industries (SSB) for the Surface-to-Surface Cruise Missile Kara ATMACA project. Initial deliveries of Kara ATMACA are expected in August 2025.

The deal was signed during IDEF 2021 at a ceremony attended by SSB President Prof. Dr. İsmail Demir, and representatives of the Turkish Armed Forces, Roketsan and the defence industry. The ATMACA Anti-Ship Missile developed by Roketsan for naval platforms will take on a new dimension with the advent of Kara ATMACA.

Developed as a long-range cruise missile that can be launched from tactical wheeled land vehicles to meet the operational needs of land forces, Kara ATMACA will have a range of 280 kilometers. According to Roketsan officials, the missile will be superior to its competitors in terms of its tactical features and capabilities.