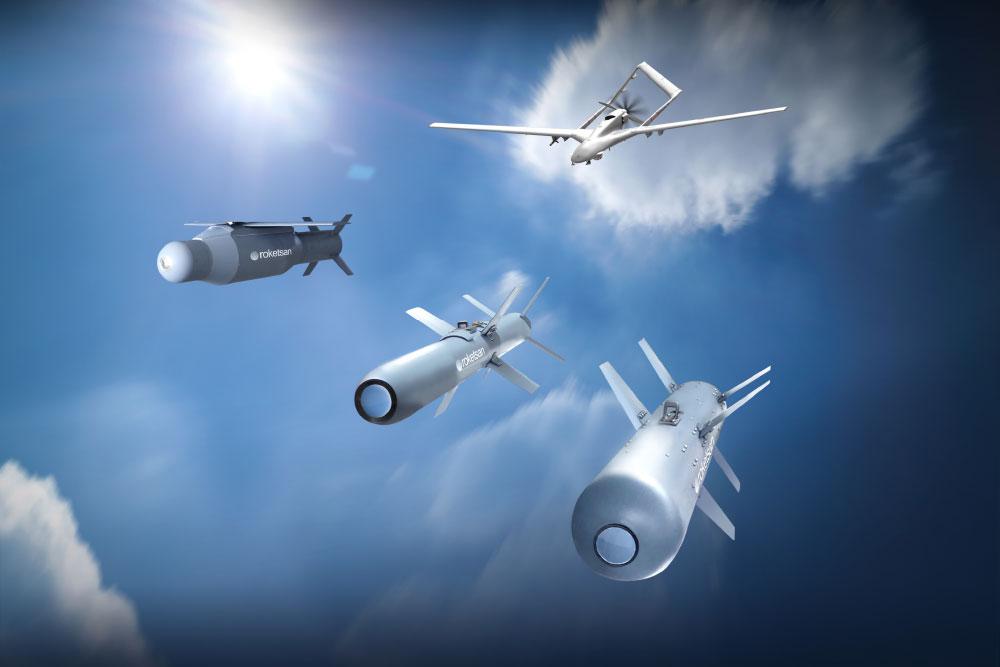 Roketsan’s Smart Micro Munition product family has gotten bigger with the introduction of MAM-T, which has been developed to address a need for greater warhead efficiency and longer range. The company has completed preparations for serial production. MAM-T is scheduled for inclusion in the Turkish Armed Forces inventory in the next few months.

With its fixed wing structure and improved warhead, MAM-T provides the user with high strike precision and efficiency against fixed and mobile targets at longer ranges. The munition was developed for unmanned aerial vehicles and light attack aircraft for use in critical air and ground missions. Its high blast fragmentation warhead has been developed in accordance with UAV operational concepts.

MAM-C, MAM-L and MAM-T can be integrated with Armed Unmanned Aerial Vehicles (AUAV). While MAM-L has been used in operations by the TAF since 2016, MAM-C was introduced in 2018. The smart munitions, which enhance the efficiency of fixed wing air platforms and armed UAVs, are also used by friendly and allied nations.

Developed nationally and indigenously, and optimised in terms of weight/efficiency, the new MAM-T can be used against armoured or unarmoured vehicles, buildings and surface targets. Along with the midcourse guidance capabilities, the ammunition provides high precision against moving and stationary targets in BLOCK-1 configuration, has also a semi-active laser seeker. Designed to be compatible with different platforms, MAM-T has a 30+ km range capability from armed UAVs, 60 kilometres from light attack aircraft and 80 kilometres from fighter aircraft.

Among the other products and capabilities that the Turkish missile manufacturer is showcasing at DIMDEX 22 is the KHAN artillery missile system. Designed and produced by the company, KHAN is a ground-to-ground missile that is able to provide mass fire power on high payoff targets within the area of influence of the army. The missile, which entered the inventory of the Turkish Armed Forces (TAF) in 2014, has made a name for itself in military circles for its range, firing precision and effectiveness. According to company officials, the missile can provide sustained and effective firepower and is a 24/7 “ready to fire” system that can be used in any weather or on any terrain.

Roketsan, which has been in the forefront of the significant progress made by the Turkish defence industry in recent years, has unveiled a number of eye-catching products over the last year. They include the SUNGUR Weapon System, Turkey’s first heavy-class torpedo AKYA, 324 mm ORKA Torpedo, and Close-in Air Defence System (CIADS), LEVENT.