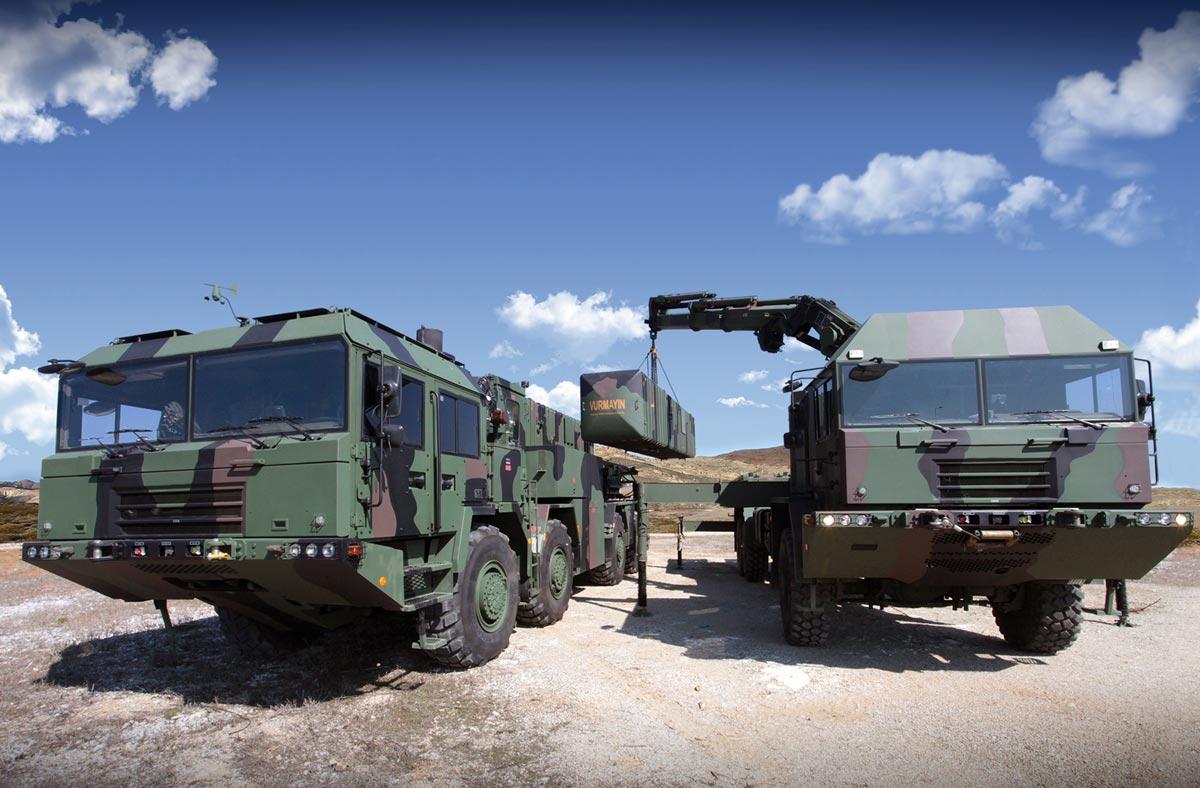 Roketsan is showcasing a wide range of missile systems at the ongoing show, including the KHAN long-range precision strike missile, which has been in service with the Turkish Armed Forces (TAF) since 2014. The KHAN missile can provide sustained and effective firepower against high priority targets, with outstanding range, firing precision and effectiveness. The 610 mm-diameter KHAN Missile is capable of destroying targets at ranges of up to 280 km and can be launched from the KHAN Weapon System and the Multi-Barrel Rocket Launcher (MBRL) produced by Roketsan. In line with user requirements, Roketsan can integrate the missile into the other Tactical Wheeled Vehicle platforms with integration-compatible interfaces. Each missile weighs 2.5 tonne and has a range of 80-280 km. Global Navigation Satellite Systems (GNSS) aided Inertial Navigation System (INS) guidance and aerodynamic control.

The missile has a claimed accuracy of ≤10 m and is equipped with point detonating and proximity fuzes along with a High Explosive (HE) warhead. Company officials say that missile systems such as KHAN our reassuring for our allies and spreads fear among our enemies. The missile can be deployed in any weather or on any terrain and used to engage targets with high accuracy such as artillery and air defence systems, radar sites, assembly areas, logistic facilities, C3 facilities, and other high priority targets.