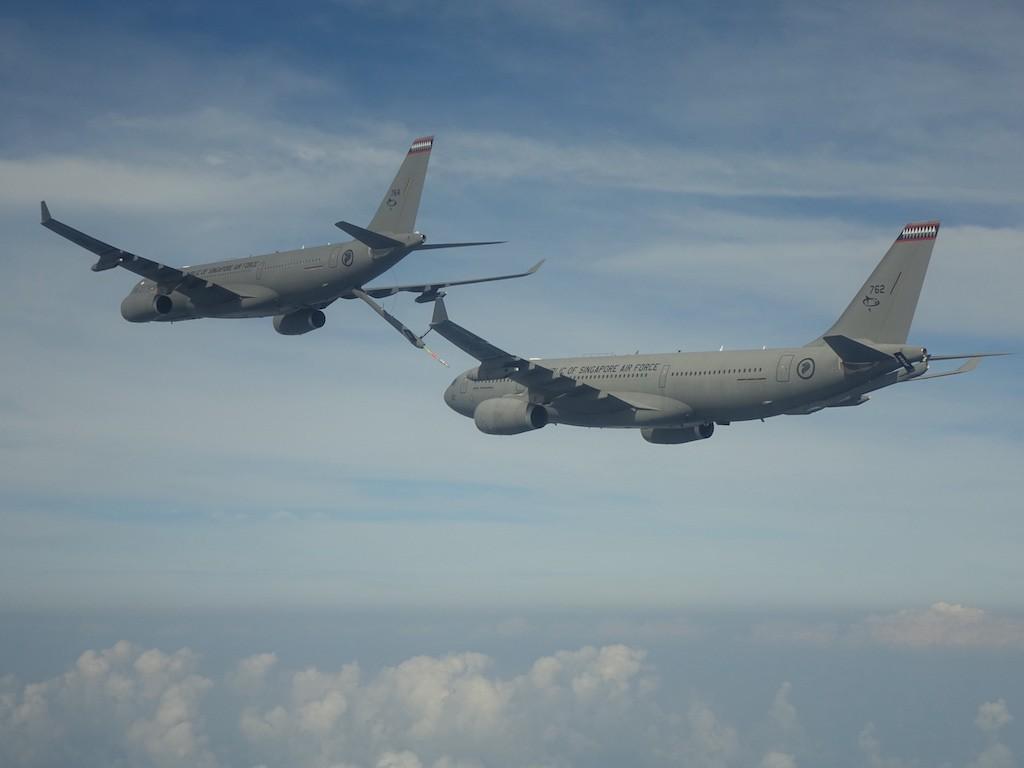 The A330 MRTT will play a major role in extending the range of RSAF’s fleet of planes, especially extending the endurance of the RSAF’s fighter aircraft, enabling them to be more effective and capable in meeting operational demands.

Singapore’s Minister for Defence Dr. Ng Eng Hen officiated a ceremony to mark the attainment of FOC status at Changi Air Base (East).

The A330 MRTT is a next-generation tanker aircraft capable of conducting Air-to-Air Refuelling (AAR) and airlift roles simultaneously.

The A330 MRTT can carry 245,000 lbs (111,000 kg) of fuel allowing it to provide more fuel to other aircraft as compared to the RSAF’s previous KC-135R aerial tankers. The new tanker also has better endurance, cargo and passenger capacity as compared to its predecessor.

The RSAF has successfully reduced its A330 MRTT operating crew size from four to three personnel (the pilot, co-pilot and an ARO) as a result of a workload cognitive study conducted together with the Defence Science and Technology Agency (DSTA) to streamline workflow processes and optimise resources

The RSAF’s A330 MRTT crews have undergone extensive training to operate and maintain the platform with the capabilities of the aircraft being validated  in local and overseas exercises and missions.

The A330 MRTT aircraft hangar is the SAF’s first net positive energy building and was completed in March 2020. The hangar is able to generate 30 per cent more electricity than it consumes, and attained the Green Mark Platinum (Positive Energy) award in 2020. Additional electricity generated from the solar panels will be used to supplement other energy demands within Changi Air Base (East).