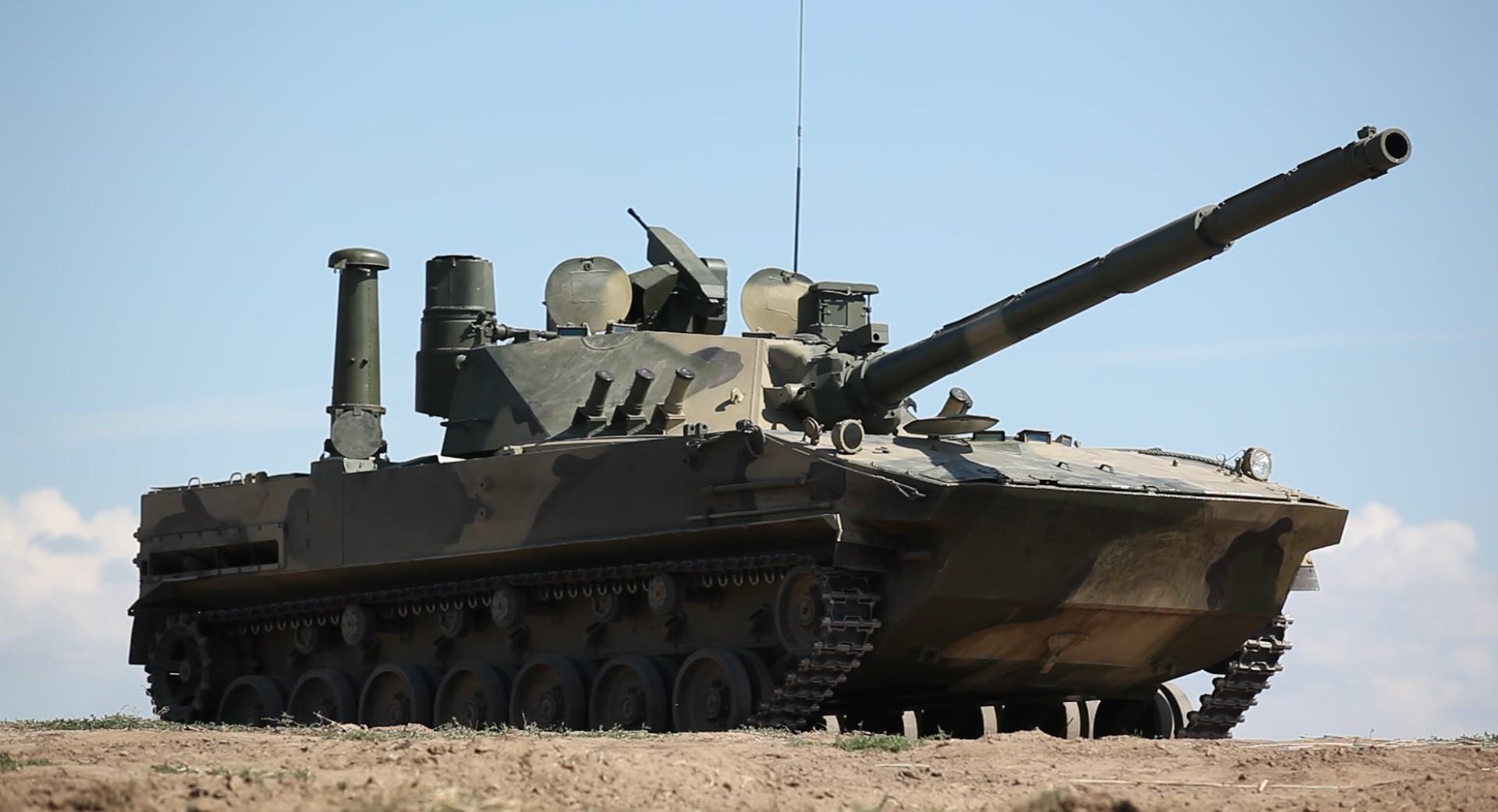 Rostech has announced that testing is progressing on the new Sprut-SDM1 upgraded light tank, which it also classifies as a Self-Propelled Gun.

The light tank was dropped from a special tower in order to test the vehicle for the ability to withstand overload during airborne insertion.

“As part of the drop tests the capabilities of the vehicle during parachute deployment were tested. We achieved the maximum level of overload, and the upgraded Sprut has passed the tests successfully and no systems were affected in terms of their functionality. The next stage is the deployment of the tank from an aircraft,” said Bekkhan Ozdoev, industrial director of the weapons, ammunition, and special chemistry sector of Rostec.

The developer of the vehicle, the Volgograd Tractor Plant (which, being a subsidiary of KMZ, is a part of High Precision Weapons of Rostec), explained that, during drop tests, military equipment is deployed from a special tower to simulate airborne insertion.

“The development of the parachute system for the upgraded Sprut is currently under way. When these works are completed, we will conduct drop tests of Sprut-SDM1 from an aircraft under realistic conditions,” Vladimir Budaev, Deputy Chief Designer of the Volgograd Tractor Plant, said.

“Furthermore, as part of state tests, Sprut will be transported by the Il-76 and An-124 airlifters, as well as via the sling of the Mi-26 helicopter,” he added.

The Sprut-SDM1 self-propelled anti-tank gun on tracked chassis was developed and created by Kurganmashzavod PJSC (part of the “High-Precision Weapons”).

Sprut is armed with a 125 mm artillery and rocket system and can be transported by vessels, aircrafts, can be deployed with the use if landing and parachute methods.

Its maximum speed on a highway is 70 km per hour, and it reaches afloat speed of 9 kilometers per hour.