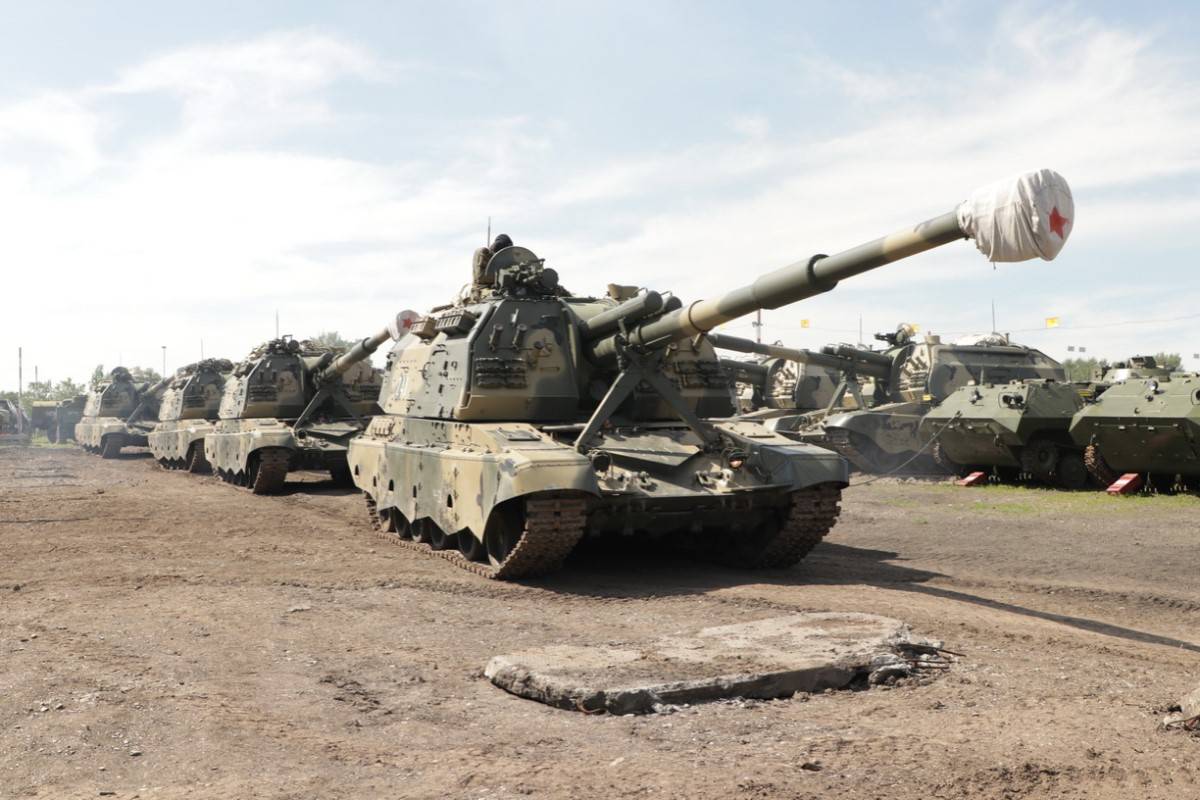 Russia is continuing the use of Syria as a war lab. A few weeks ago, the Russian army started to test ESU TK, one of its most advanced systems, in the war torn country.

The command and control system, which allows different forces to use their assets in the best possible manner, was developed to achieve the smooth and fast exchange of data between command posts and headquarters. The fully automated system connects reconnaissance assets, including unmanned aerial vehicles (UAV) and satellites, to form one unified combat picture.

Middle Eastern sources say that the deployment of the ESU TK in Syria is part of an overall plan to test high-end Russian made systems in a combat zone. The test is the latest in the series of efforts by Russia to gain full control of Syria. This situation provides Moscow full freedom to test any military system in the country.
.
A few months ago, Israel detected the test flight of a Russian air force Mig 31, which took off from a Syrian airbase armed with Kinzhal hypersonic missile and flew over the Mediterranean. Different Israel sensors were monitoring the area constantly and spotted the combat aircraft with the advanced missile. It seems that the missile was not launched while in Syria but the Russians tested some of its electronic systems in an area covered by “versatile electron systems”.

According to sources, the Russians have deployed in Syria an unknown number of S- 300 air defence systems that are fully controlled by them, with Syrians being just observers.

The hundreds of Israeli air force attacks on Syrian targets, in connection with the Iranian effort to improve the accuracy of missiles in the hands of the Hezbollah in Lebanon, created a situation that was exploited by Russia. While a hot line between Tel–Aviv and Moscow is used a few minutes before every Israeli attack to avoid hitting Russians, they are connected to the Syrian air defence systems – the Pantsyr-S and Buk-M2 systems, both self-propelled, medium-range surface-to-air missile and anti-aircraft systems.

According to earlier reports, the Israeli air force is launching the weapon systems while flying over Lebanon.

“The Syrians have not been able to stop any Israeli air raid in recent years but the Russians are following the action trying to identify problems,” an Israeli defence source said.

For three weeks in 2019, Israel’s airspace experienced interference with the GPS navigation system. Israeli defence organizations have been trying to understand the reason for the “blackout” with a few experts pointing to a possible “spill over” caused by some of the powers involved in the war in Syria , namely Russia. Russia could also be testing the capability of their radars to detect Israel’s F-35 stealth aircraft, they add.

The development of ESU TK started in 2001 and was entrusted to the Sozvezdie concern (Voronezh). In 2007, the army began testing a basic set of the new system. The plans of the Russian Ministry of Defense involves the use of ESU TK in all major branches of the armed forces.