Russia to Introduce 50 New Modern Weapons to the Global Market 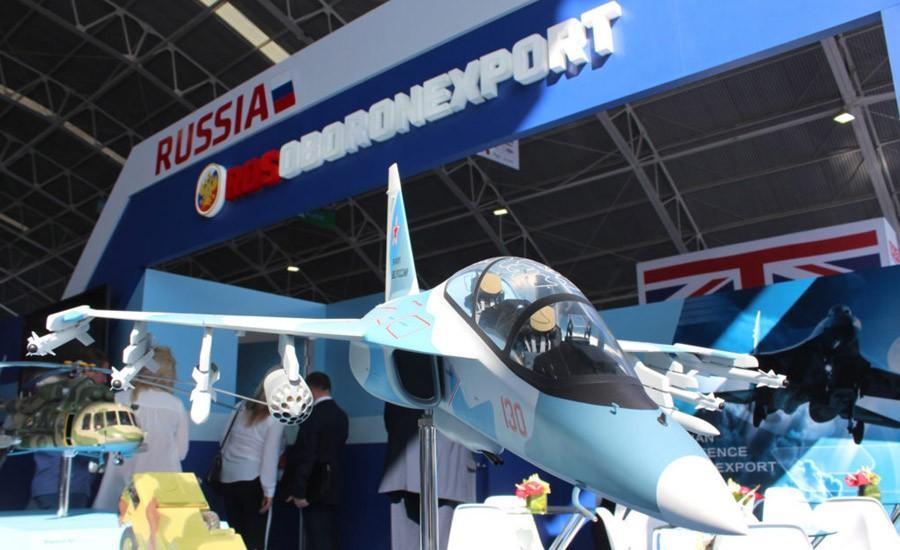 Russia is expected to launch about 50 new modern weapons and pieces of military equipment on the global arms market in the next 5 to 7 years. This was announced today by the press service of Rosoboronexport.

According to the press release published today, the Russian international arms market leader Rosoboronexport (part of the Rostec State Corporation) has revealed their plans for the medium term (5-7 years). The company is planning in introducing about 50 new modern weapons to the global market, potential “bestsellers” include the Armata-based armoured vehicles, Su-57E fifth-generation fighter, Ka-52K ship-based helicopter, and the upgraded Mi-28NE in addition to the Antey-4000 air defence missile system from the Almaz-Antey Air and Space Corporation.

Rosoboronexport has become a leader in the international arms market over the past two decades […] Over the years, Rosoboronexport has signed more than 26,000 contracts with partners and delivered over $180 billion worth of products to 122 countries around the world. […] clearly suggest that the company has good prospects for expanding its footprint and deepening cooperation with partners.” said Sergey Chemezov, CEO of Rostec and Chairman of the Board of Directors of Rosoboronexport.

From his side, Alexander Mikheev, Director General of Rosoboronexport and Deputy Chairman of the Russian Engineering Union adds: “Our foreign partners have received products worth over $85 billion for their Air Force. Exports of equipment for Air Defence and Ground Forces exceeded $30 billion for each of these services of the armed forces and $28 billion for the Navy.”

One of the challenges facing Rosoboronexport is the promotion of dual-use and civilian products to foreign markets. The production and export of a full package of services for the high-tech military and civilian products and technology transfer including, medical equipment, hospitals, and special equipment for public and private structures have become also a target for Russian companies.

“In order to promote them to the world market, Rosoboronexport has set up a special business unit that will deal only with non-military products and assist companies that have no experience in independent foreign trade activities. This is a new direction that the company is implementing together with enterprises both inside and outside the defence-industrial complex.” Alexander Mikheev concluded.

By tomorrow (4th November) Rosoboronexport will celebrate its 20th anniversary. In 20 years Rosoboronexport became the pivot of Russia’s exports/imports industry with a large portfolio of fulfilled projects for the licensed production and joint ventures in India, Jordan, Malaysia, Vietnam, and several other countries.