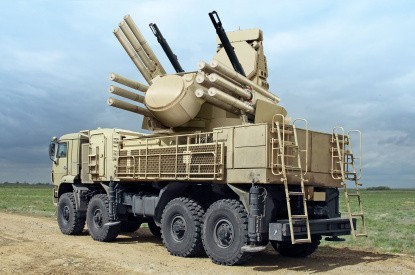 The company,which is part of the Rostec State Corporation, will showcase Russia’s latest aircraft and helicopters, armored vehicles, air defense assets, small arms and unmanned aircraft systems at the Vietnam Defense 2022 International Defense Exhibition & Conference, which will be held from December 8-10, 2022 at Gia Lam Airport.

“Russia and Vietnam build their relations on long-standing traditions of friendship and mutual respect. Rosoboronexport supports the development of bilateral strategic partnership and makes every effort to strengthen military-technical cooperation between our countries,” said Alexander Mikheev, Director General of Rosoboronexport. “The company takes part in the Vietnamese defense exhibitions with great pleasure and presents the best Russian industrial products there. At Vietnam Defense 2022, we will show our partners the latest planes and helicopters, armored vehicles, air defense assets, small arms and unmanned aircraft systems.”

The Russian single exhibit will include more than 400 military, civilian and dual-use products developed and manufactured by leading Russian enterprises, including those affiliated to Rostec.

At its booth, Rosoboronexport will exhibit a full-scale model of the Orlan-10E unmanned aerial vehicle (UAV), as well as a line of Russian-made UAVs, including the Orlan-30, a new product of 2022, the Orion-E reconnaissance/strike unmanned aircraft system and the Kub-E loitering munition.

At the Rosoboronexport booth, delegations of the Armed Forces of Vietnam and the countries in the region can get acquainted with the world’s bestsellers in the segment of the armored vehicles market. Among the vehicles on display are the proven and reliable T-90S and T-90MS MBTs, BMPT Terminator tank support fighting vehicle, TOS-1A heavy flamethrower system, upgraded Msta-S self-propelled howitzer, Khrizantema and Kornet-EM ATGM systems.

Rosoboronexport partners from Southeast Asia are expected to pay increased attention to the Sprut-SDM1 light amphibious tank and BT-3F and BTR-82A armored personnel carriers, which have excellent capabilities to cross water obstacles.

During Vietnam Defense 2022, Rosoboronexport said it is ready to offer various models of Typhoon-type mine-protected vehicles and Linza ambulance, as well as to consider options for organizing their licensed production on the territory of partner countries.

The Kalashnikov Concern will present its products as part of Rosoboronexport’s exhibit. The manufacturer of the most popular and well-known brand of small arms in the world will showcase its AK-200 series, AK-15 and AK-19 assault rifles that meet all modern requirements for ergonomics and are suitable for mounting various sights and tactical accessories. The company’s partners may be interested in other Kalashnikov products as well: 9mm Kalashnikov PPK-20 submachine gun, Chukavin sniper rifle, 9mm Lebedev pistol.

Rosoboronexport presents a wide range of naval products: the Gepard-3.9-class frigate, Project 22160 patrol ship, Project 21980E special purpose craft, as well as the Karakurt-E and Sarsar small missile ships. At its booth, representatives of the Navies of the countries in the region will find a wide range of missile, artillery and torpedo armament for ships and submarines, air defense assets, communications, sonars, underwater/surface target acquisition sensors, and anti-saboteur capabilities.

“During the business program of the exhibition, the Rosoboronexport delegation is ready to discuss cooperation in the field of industrial partnership and the construction of infrastructure facilities with its Southeast Asian partners,” Alexander Mikheev added. “We have unique competencies in this area, and our proposals are backed up by successfully completed and functioning projects on the customers’ territories.”