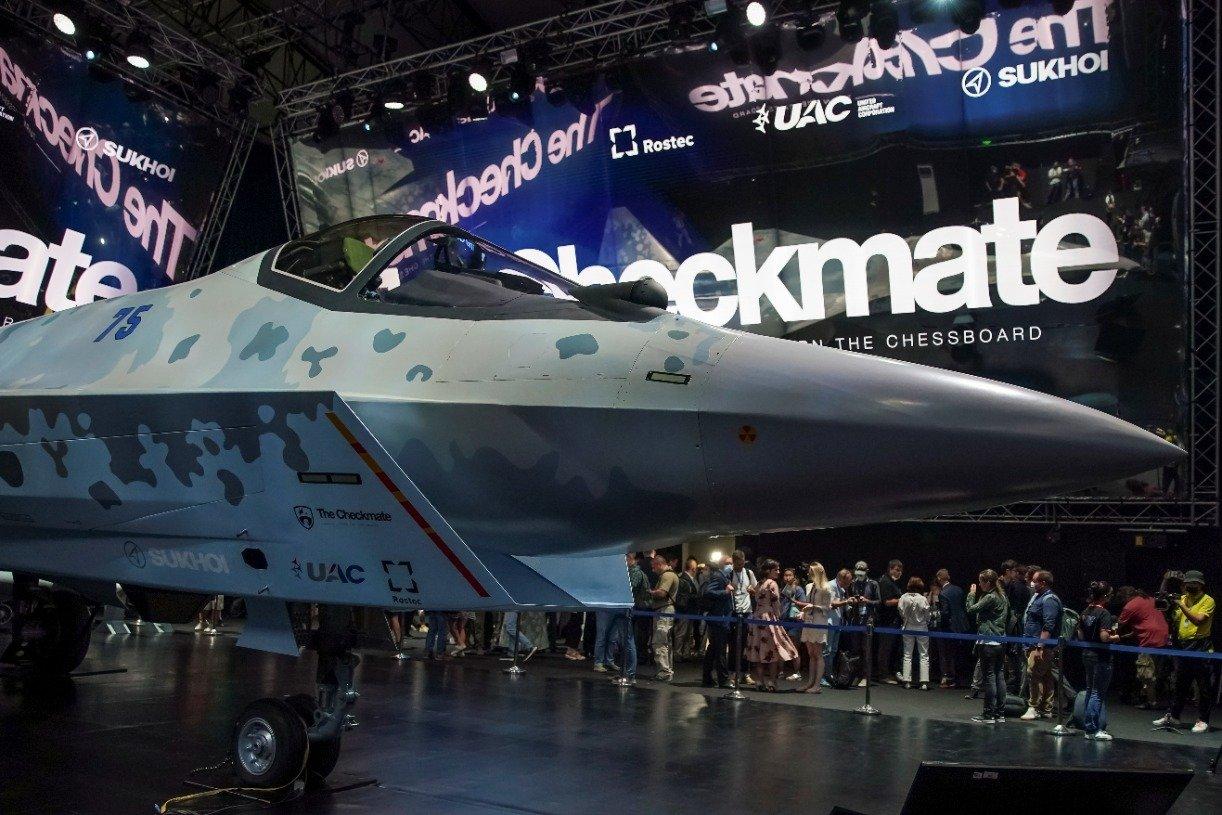 A prototype of Russia’s much talked about state-of-the-art single-engine fighter, Checkmate, is on display at the Dubai Airshow.

This is the first time Russia is demonstrating the fighter abroad.

According to Dmitry Shugaev, Head of the Russian Federal Service on Military-Technical Cooperation with Foreign States, the LTA’s international debut marks Russia’s return to the single-engine fighter market.

Russia’s state tech corporation Rostec unveiled the latest domestic single-engine fighter dubbed Checkmate at the MAKS-2021 international air show that ran in the suburban town of Zhukovsky outside Moscow on July 20-25. The new plane, created by Rostec at its own initiative, is a derivative of the Su-57 fifth-generation fighter.

The single-engine light tactical aircraft is expected to attract “intense interest from [the Middle East] region, as it demonstrates obvious advantages”, Viktor Kladov, Director for International Cooperation and Regional Policy Department at Rostec said in a statement to the Emirates News Agency (WAM).

The United Arab Emirates (UAE) was one of four countries—with the others being India, Vietnam, and Argentina—identified in Checkmate’s early promotions as a prospective customer for the new fighter. Checkmate is also being marketed toward African countries.

The Checkmate fighter will be capable of flying at Mach 1.8 (1.8 times the speed of sound) and will have an operating range of 3,000 km. The aircraft will be outfitted with a highly efficient powerplant. The new fighter is expected to take to the skies in 2023 and Rostec plans to launch the combat plane’s serial production starting in 2026.