Russian Ministry of Defence to Receive Su-57 in December 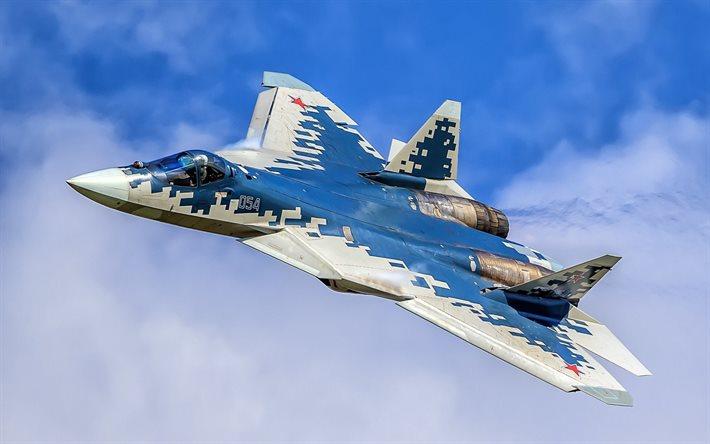 The transfer of the Su-57 is scheduled for November,  sources told Interfax News Agency. The aircraft is now undergoing factory flight tests.

“In December of this year, the defence Ministry will receive the first serial produced of the Sukhoi Su-57 with the operational first-stage engine,” a source in the military-industrial complex told TASS. “Four more fighters will be delivered in 2021.”

The rate of delivery of the Su-57 to the military department will, in time, increase up to 15 aircraft per year. This will allow Sukhoi to meet the deadline for delivering 76 fighters by 2028. The supply of the Second-stage engine fighters is set to begin in 2022.

Russia said earlier this week that it plans to bring to the world market about 50 modern samples of Russian military products within the next five to seven years. Among the potential bestsellers is the Su-57 fighter.

The Su-57, Russia’s fifth-generation single-seat twin-engine supersonic stealth fighter, was developed by the JSC Sukhoi company (part of the United Aircraft Corporation). It has been designed to destroy air, ground, and sea targets, both in long-range and close combat. The fighter,  which had its maiden flight in January 2010, also has the ability to overcome air defence systems.

The story is available also in French, Arabic.