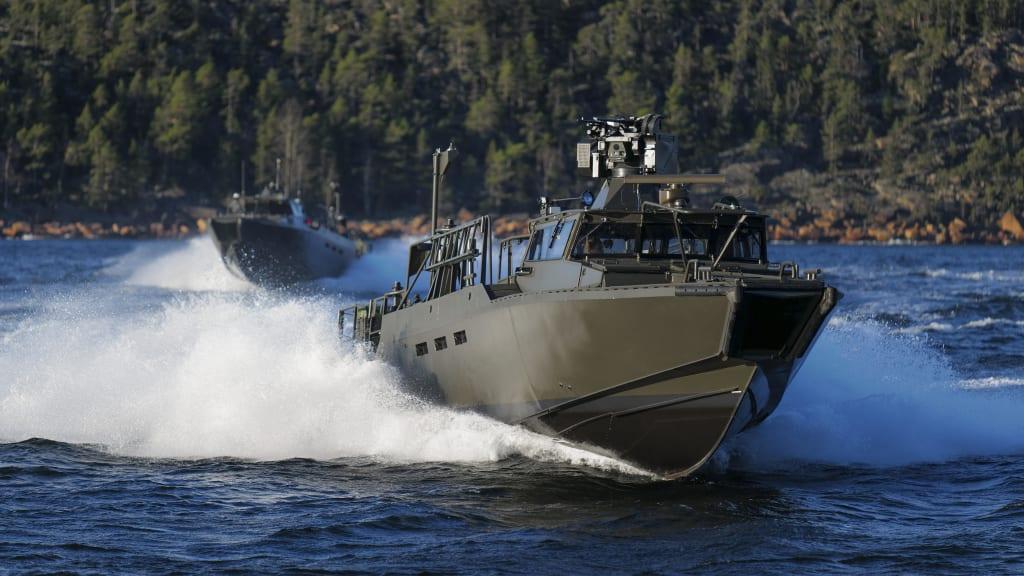 Swedish defense major Saab will exhibit its next-generation Combat Boat 90 (CB90) at the Defence and Security Equipment International (DSEI) 2021 in London from Sept. 14-17.

DSEI will be the first time that the fast assault craft is being showcased outside of Sweden, the company said. During the biennial exhibition, guests will have the opportunity to go aboard the vessel and learn about its capabilities.

This CB90 Next Generation (CB90 NG) features new capabilities as well as many of the features of the original CB90. Designed to swiftly transport marines and other forces, CB90 is known for the ease by which troops can rapidly get on-shore and depart again, be it a beach or an awkward, elevated rocky shore. CB90 NG builds on that capability and, depending on the mission, can take on different roles in the sensor and combat chain. CB90 NG includes a new combat management system and sensors for surveillance, ballistic protection, as well as further improved stealth, manoeuvrability and speed.

“This is not an ordinary model-upgrade: it is the result of 30 years of experience from the user’s side from across the world, combined with continuous technical development. The result in CB90 NG is a new platform ready to take on multiple roles,” said Anders Hellman, Vice President and Head of business unit Docksta within Saab’s business area Kockums.

CB90 Next Generation will put on a display as part of the twice-daily DSEI waterborne demonstrations outside the main hall. The CB90 NG to be shown at DSEI was recently delivered to the Swedish Navy, with the designation Docksta CB 90HSM.

The company will also exhibit the lightweight Giraffe 1X 3D radar at the East outdoor display area of the event, where it will provide a live demonstration of its capabilities from atop a Supacat Jackal vehicle.