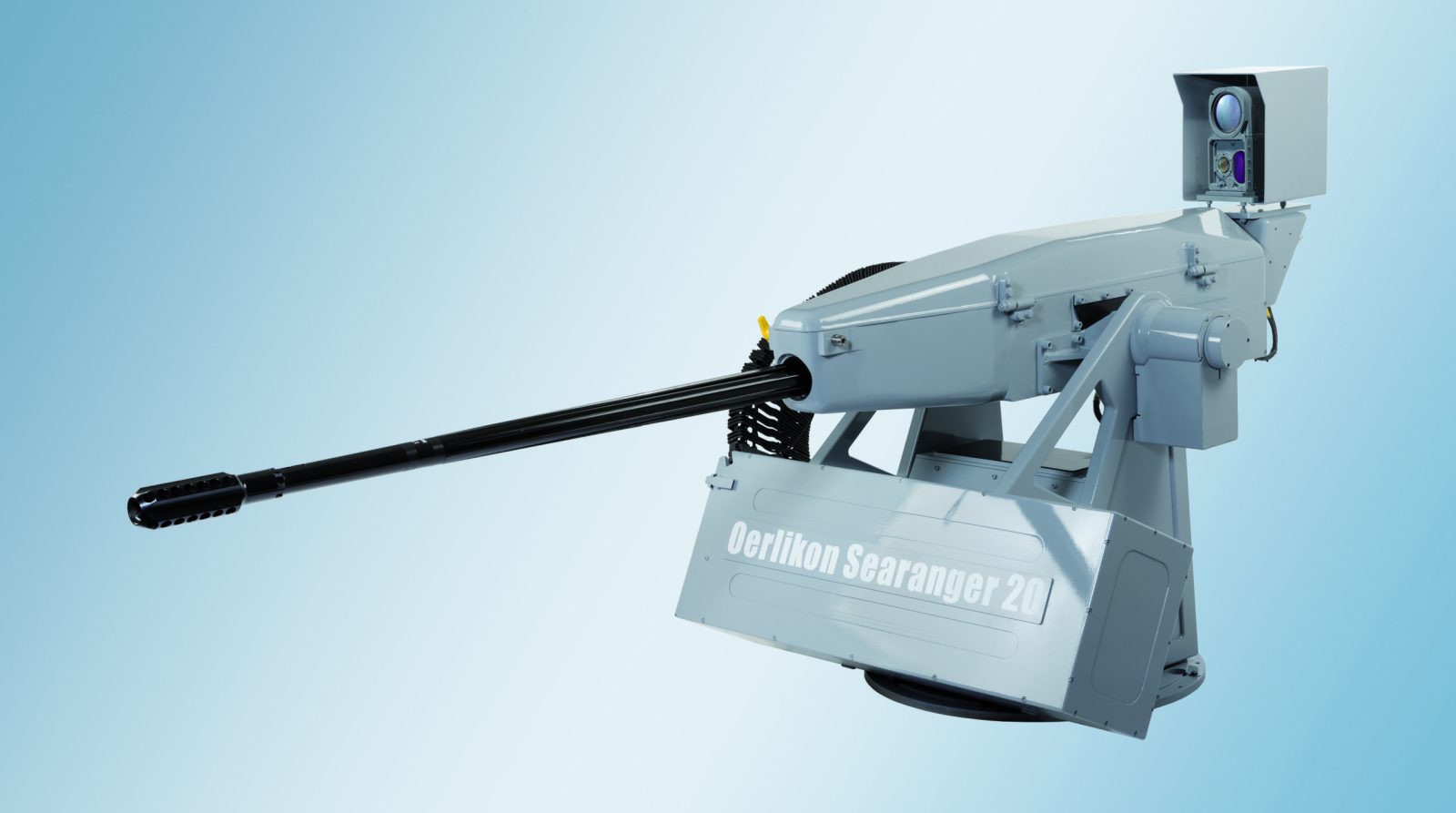 Rheinmetall is looking for more customers in the MENA region for its Oerlikon Searanger 20 remote controlled gun station.

The high precision stabilized 20 mm gun station is designed for patrol, police, and border control duties. According to a company official, the gun is an optimal main armament for small boats for the coast guard, police, anti-pirate, and anti-smuggling missions and can also be installed on larger vessels as a side gun and play an important role in close-range defence. In the MENA region, Egypt expects to take delivery of an undisclosed number of Searanger 20 mm naval guns from the end of 2024.

The U.S. Ministry of Defence, in September last year, had awarded a US$20 million contract to the US-based Rheinmetall Systems to supply the Oerlikon Searanger gun systems, including production, spares, and training, to Egypt.  The contract combines purchases for the Navy and the government of Egypt under the Foreign Military Sales program. The contract includes options that, if exercised, would bring the cumulative value of this contract to US$20.2 million.  According to officials, 90 per cent of the production work is being performed in Biddeford, Maine in the U.S. and 10 per cent locally in Egypt. The work is expected to be completed by March 2024.

According to Rheinmetall, the Oerlikon Searanger 20 is the optimal main armament for small boats for coast guard, police, anti-pirate and anti-smuggling missions and can also be installed on larger vessels as side gun and play an important role in close-range defence. Apart from its use on light patrol and combat boats, the medium caliber, fast-firing gun is an ideal complement to current automated weapon systems on larger vessels and plays an important role in close-range defence.

The gun is remote-controlled from a gunner station, and the modular sensor unit is equipped with state-of-the-art electro-optical sensors and a video tracking unit. Due to the integrated stabilization and ballistics computation, target engagement is simple and effective. The gun fires to a maximum range of 2,000 meters (6,562 feet) at 1,000 rounds/minute.