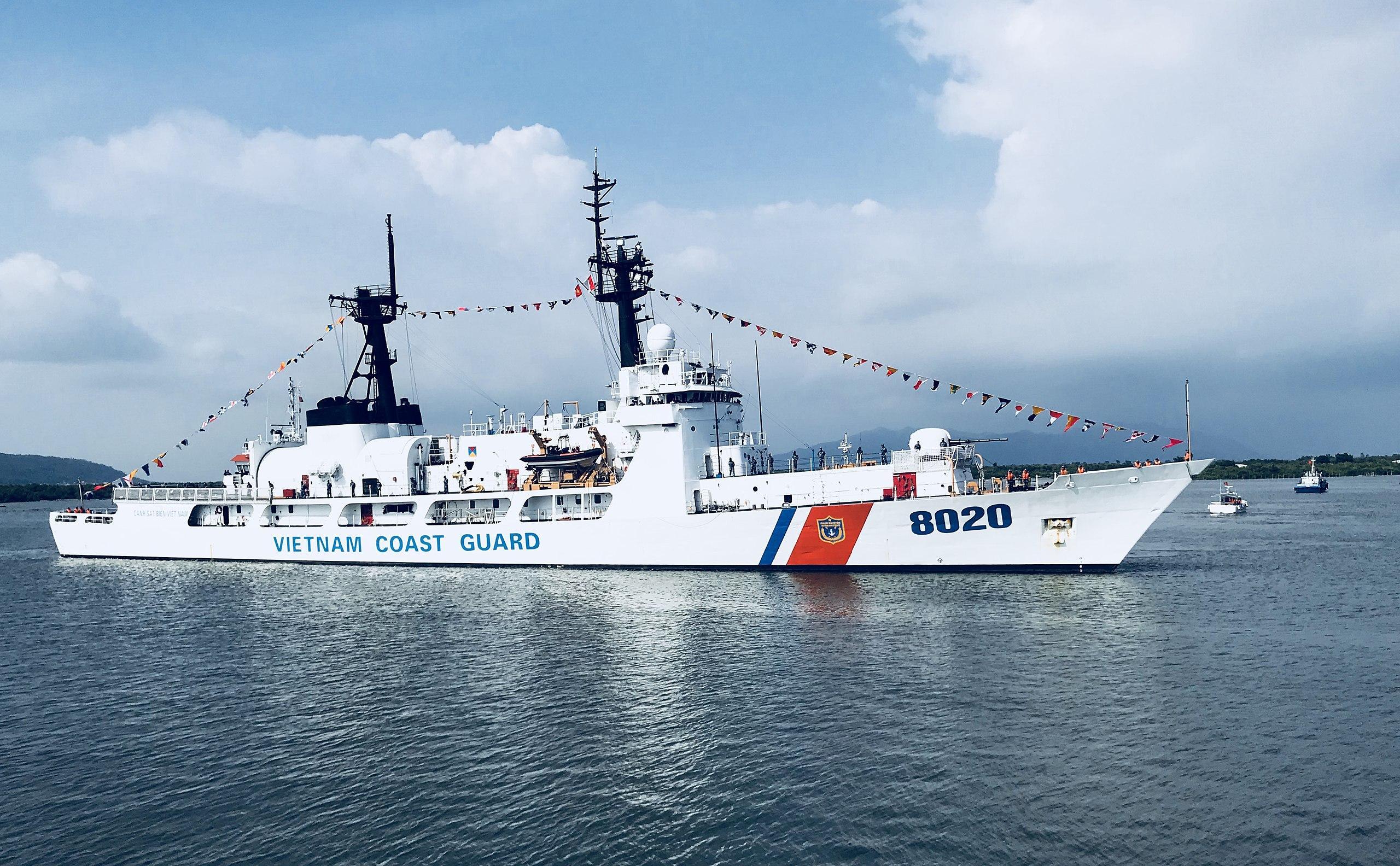 After its six-week-voyage from the US Coast Guard (USCG) port in Seattle, the second Hamilton-class cutter for the Vietnam Coast Guard (VCG, hull code CSB 8021) arrived in the country’s waters on July 14.

The ship and its crew will not enter the port for the next three weeks for the commissioning due to the quarantine policy implemented by the Vietnam authorities.

After being decommissioned in 2020, the former US Coast Guard Cutter (USCGC) John Midgett (WHEC-726) was  transferred to Vietnam in August. After the ship underwent repair and maintenance as well as training for its 88 -strong Vietnamese crew, the ship departed Seattle on June 1. In VCG service, it will join its sister ship (CSB 8020), the former USCGC Morgenthau (WHEC-722), which was transferred to VCG in 2017.

Both ships were transferred to VCG under the US Defense Security Cooperation Agency (DSCA) Excess Defense Articles (EDA) programs.

The Hamilton-class was the largest, non-icebreaker, class of ships of the USCG prior to the introduction of the Legend-class cutter that will replace all 12 ships of the former. The 3,250 metric tons displacement Hamilton-class ships have dimensions of 115 meters length, 13 meters beam with 4.6 meters draft and a maximum complement for 186 personnel. Powered with two 550KW diesel engines and one 500KW gas generator, they can reach a maximum speed of 29 knots. Under cruise speed, they have a maximum range of 26,000 km and a 45 days’ endurance.