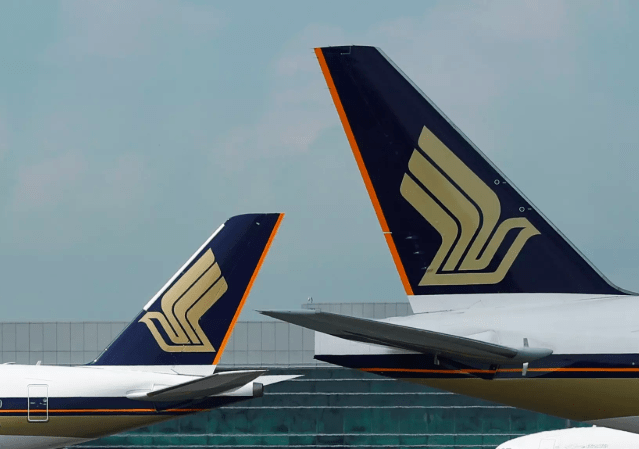 The SIA Group reported an operating profit of $200 million in the April-June 2019 quarter, $7 million or 3.6 per cent higher compared to the same period last year. Growth in group revenue of $258 million outpaced the $251 million rise in expenditure.

Group revenue amounted to $4,102 million, a 6.7 per cent gain year-on-year. Flown revenue was up $226 million (+6.3 per cent), with passenger flown revenue improving $271 million (+8.8 per cent), led by traffic growth of 8.1%, on a 6.6% increase in capacity. Despite the significant capacity injection, RASK (revenue per available seat-kilometre) improved 1.3 per cent. Cargo flown revenue declined $45 million (-8.4 per cent), as both cargo yield and cargo load factor fell by 4.2 per cent and 2.7 percentage points respectively due to weak cargo demand amid trade uncertainties.

Group net profit for the quarter was $111 million, down $29 million or 20.7 per cent from last year. The reduction was largely attributable to a higher share of losses from associated companies (-$31 million), as an improvement in Vistara’s performance was offset by higher estimated losses from Virgin Australia. Net finance charges also increased (-$26 million) due to the recognition of interest expense arising from lease liabilities following the adoption of IFRS 16 Leases , and additional financing for fleet renewal and growth. These were partially alleviated by an improvement in group operating profit (+$7 million), a higher share of profit from joint venture companies (+$9 million) and lower provision for taxation (+$8 million).

Operating profit for the Parent Airline Company increased $51 million to $232 million, as strong revenue growth outpaced higher expenditure. The year-on-year increase in revenue of $250 million was mainly attributable to robust growth in passenger flown revenue (+$258 million). The higher passenger flown revenue was driven by a 9.0 per cent increase in passenger traffic (measured in revenue passenger kilometres). Passenger load factor rose 1.2 percentage points to 83.2 per cent, the highest on record for the first quarter, notwithstanding the capacity growth of 7.4 per cent (measured in available seat-kilometres). RASK improved 2.4 per cent, or 4.9 per cent on a constant currency basis.

SilkAir was significantly impacted by the grounding of its six Boeing 737 MAX 8 aircraft during the period. Measures have been taken to mitigate the effects, however, which contained the reduction in capacity to 1.6%. This capacity reduction, together with a 2.9% yield contraction, contributed to a $10 million decline in revenue. Passenger load factor rose on the back of 2.4% traffic growth, driving a 1.3% improvement in unit revenues (RASK). Expenditure rose $6 million (+2.5%), primarily due to costs related to the MAX 8 grounding. Consequently, an operating loss of $16 million was recorded by SilkAir for the quarter, against a marginal profit of $0.2 million in the same period last year.

Scoot’s operating performance also reversed from last year’s operating profit of $1 million to a loss of $37 million this year. Scoot proactively reduced aircraft utilisation during the period to improve operational resilience, and has recorded improvements in its on time performance. As a result, capacity growth was restrained to 6.5 per cent. This was matched by passenger traffic growth, resulting in an unchanged passenger load factor of 86.1%. Flown revenue grew by $14 million (+3.6 per cent), lagging capacity growth, as RASK contracted by 2.1 per cent on lower yields. Other operating revenue declined by $10 million. Expenditure rose $42 million (+10.1 per cent), arising from the expansion of Scoot’s fleet and operations, including higher net fuel cost (+7.9 per cent).

Operating profit for SIA Engineering rose to $18 million, an increase of $8 million year-on-year. Revenue was flat against last year, as a $2 million revenue improvement in the airframe and line maintenance segment was offset by a decrease in the engine and component overhaul segment. Expenditure fell, mainly from a reduction in material costs.