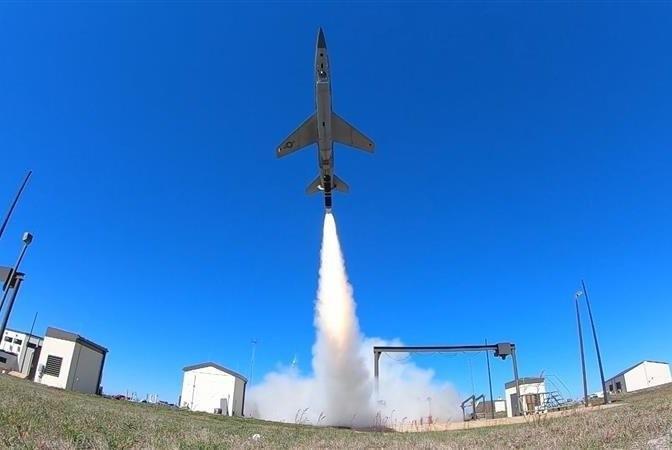 The Skyborg leadership team recently conducted a successful flight test of the system at Florida’s Tyndall Air Force Base last week, the Air Force has announced.

The team conducted a flight test of the Skyborg autonomy core system aboard a Kratos UTAP-22 tactical unmanned vehicle that lasted two hours and 10 minutes, the service said in a press release. During the test, the ACS demonstrated basic aviation capabilities and responded to navigational commands while adhering to aircraft flight envelopes and demonstrating coordinated maneuvering. Airborne and ground command and control stations monitored the test flight.

The successful flight of an early version of the ‘brain’ of the Skyborg system is a first step in a marathon of progressive growth for Skyborg technology, said Brig. Gen. Dale White, program executive officer for fighters and advanced aircraft as the Skyborg PEO,  said. “These initial flights kick off the experimentation campaign that will continue to mature the ACS and build trust in the system.”

The first test, dubbed Milestone 1, begins a sequence of experiments planned over the next several months, including demonstrations of direct manned and unmanned teaming between aircraft and multiple ACS-controlled drones, the Air Force said.

The Air Force’s Skyborg program was created to develop inexpensive AI-equipped unmanned aerial vehicles that can fly with and assist other piloted aircraft. In July 2020, four companies — Boeing, Northrop Grumman, General Atomics and Kratos Defense and Security Solutions — were awarded contracts with a shared ceiling of US$400 million to build drone prototypes for the Skyborg program.

The service’s next Orange Flag exercise, scheduled for June, is expected to include tests of Skyborg aerial vehicles.