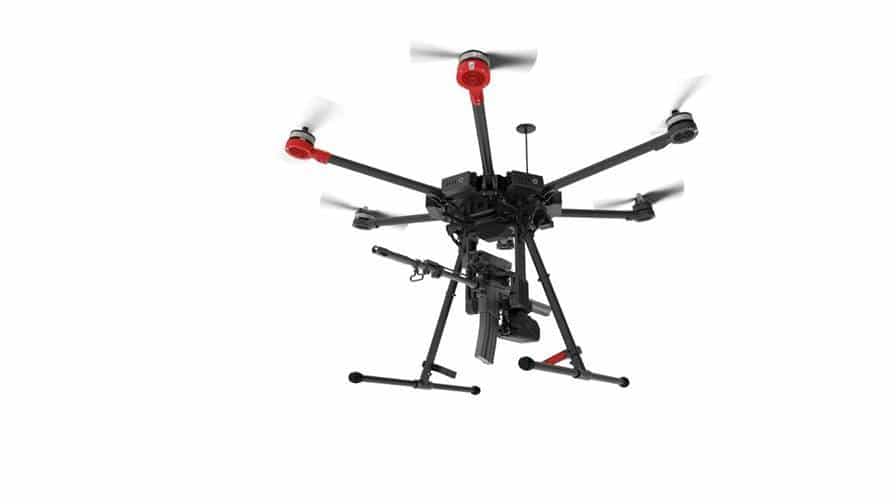 SMASH Dragon is an advanced robotic weaponry payload that can be mounted on different drones and other unmanned aerial platforms. It can incorporate various types of assault rifles, sniper rifles, 40mm, and other ammunition with great precision. Extremely lightweight and therefore allowing long mission endurance, SMASH Dragon integrates a unique stabilization concept with the SMASH technology that enables the system to accurately hit static and moving targets while flying.

Last year ,the U.S Marine Corps purchased several of the Smart Shooter SMASH 2000 systems. The purchase was made by the marines Warfighting Laboratory, through its Rapid Capabilities Office (MCRCO). According to the company, it has also signed a cooperative research & development agreement with US Naval Surface Warfare Center, Crane Division (NSWC Crane). Under the agreement, the US Navy will evaluate the use of SMASH technology on ships and vessels for Counter-UAS purposes.

The collaboration aims to perform joint integration and evaluation of Smart Shooter’s technology with weapons and ammunition currently supporting the US Navy’s mission. With an increased hit probability for small unmanned aerial systems (sUAS) and increased engagement range, Smart Shooter’s SMASH technology has demonstrated the potential to increase the Navy’s ability to engage sUAS at the individual level – using existing weapons and ammunition in inventory. The evaluation by the U.S marines and navy may be the beginning of a wider use by U.S forces.

The Israeli company last year tested a version of its SMASH systems for infantry soldiers on an armed vehicle. The company’s Smash Hopper Light Remote-Controlled Weapon Station (LRCWS), was mounted on Plasan Reem’s Armored Toyota Hilux and successfully shot and hit several moving ground and air targets from more than 300 meters.
The company says it provides “One Shot – One Hit” capability while controlled by an operator from a safe distance or from inside a protected vehicle.

According to the Israeli company, SMASH Hopper is ideal for deployment on various lightweight manned and unmanned vehicles & platforms, with a wide range of applications.