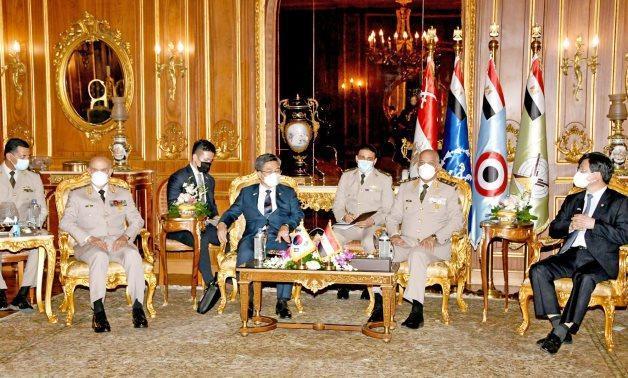 South Korea’s defence companies are seeking investment activities in Africa and have set eyes on Egypt, as the latter possesses the potential to emerge as one of the most economically and strategically important countries in this decade. Egypt is also strategically important to South Korea because it is a base for Korean companies to enter markets in Africa, the Middle East and Europe.

According to the Ministry of Trade and Industry, trade exchange between Egypt and South Korea reached US$1.59 billion in 2019 and close to US$2 billion in 2020. The trade balance between the two countries reached $518 million in the third quarter of 2020. In September Egypt’s Defence Minister Mohamed Zaki expressed the desire to coordinate efforts and expand the horizons of joint military cooperation with South Korea.

In a meeting with his South Korean counterpart, Suh Wook, in Cairo, Zaki voiced Egypt’s appreciation of the firm relations with South Korea. Both countries discussed military cooperation in various fields as well as the transference and exchange of expertise between Egypt and South Korea.

During the talks, Suh said South Korea’s defense industry could contribute to Egypt’s push to modernize its military, according to a defence ministry official in Cairo.  “The two ministers … agreed to further strengthen their cooperation down the road to achieve tangible outcomes in the defense industry,” the official said, adding they decided to expand senior-level communications.

Egypt also looks forward to activating the comprehensive cooperative partnership with South Korea in a way that helps benefit from the huge capabilities of the two countries.

South Korea is also planning to bring a Korean Manufacturing company to base in Nigeria and partner with the Defence Industries Corporation of Nigeria for the production of military equipment for the Armed Forces of Nigeria.