SRC Board of Trustees Names New Chair and Vice Chair 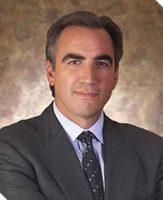 Allen Naples, who served for nearly 19 years, is retiring from SRC’s board. Kerrick will remain a board member.

Corasanti is the former president and CEO of Conmed Corporation. In that role, he led a vertically integrated surgical device company that specialized in orthopedic and general surgery products. During his tenure with Conmed, as both president and COO, and president and CEO, Corasanti presided over strong revenue and earnings growth resulting in the company more than doubling its sales and stock market value while at the same time consolidating manufacturing facilities to reduce costs.

“Corasanti has been a member of our board of trustees since 2015 and in that time has provided great leadership. In addition, Ms. Dempsey has proven to be a great addition to our board, bringing industry insight and guidance,” said Kevin Hair, president and CEO of SRC. “Together, their knowledge and business acumen will continue to be an invaluable resource to both SRC and the board.

“SRC is a dynamic organization with a tremendous history of success,” said Corasanti. “I am confident that SRC, under the leadership of Kevin Hair and his team, will continue to provide outstanding products and services that keep America and its allies safe.”

Dempsey is retired from Booz Allen Hamilton. Prior to her retirement, she served as executive vice president in the firm’s Defense Intelligence Group and Functional Service Organization. During her career in the federal government, Dempsey was appointed to serve as deputy director of Central Intelligence for Community Management and as executive director of the president’s Foreign Intelligence Advisory Board.