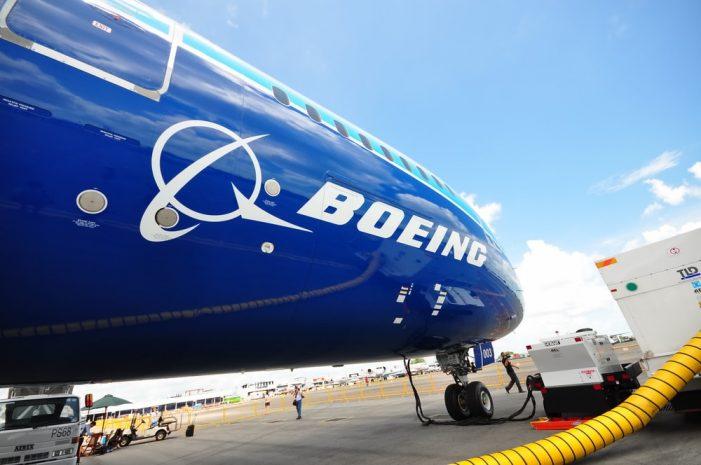 The Boeing Company Board of Directors has nominated Steve Mollenkopf and Akhil Johri to be elected as directors at the company’s upcoming annual meeting of shareholders. The board also announced independent directors Edward Liddy and Mike Zafirovski will not stand for re-election and will retire from board service at the meeting.

Mollenkopf, 51, has served as CEO of Qualcomm Incorporated since 2014. He has helped lead the company through the transitions to 3G, 4G and 5G since the beginning of his career as an engineer more than 25 years ago. Johri, 58, served as CFO of United Technologies Corporation from 2015 to 2019. He previously held various executive positions of increasing responsibility over his 31-year career at the company and currently serves as an independent director of Cardinal Health.

“Our announcement reflects our rigorous succession planning, which ensures we maintain the right balance of skills and experience to effectively govern the company,” said Boeing Chairman Larry Kellner. “We are pleased to welcome Steve and Akhil to the Boeing Board. They are proven leaders at complex, global enterprises and together will bring significant additional safety, engineering, software and financial experience to our board. I also thank our two retiring directors, who have provided leadership and exemplary service to the board. Ed has reached the board’s mandatory retirement age, and Mike has decided not to stand for re-election after 15 years on our board.”

“Serving alongside Ed and Mike on the Boeing Board has been a privilege,” said Boeing President and CEO David Calhoun. “I look forward to benefiting from Steve’s strong leadership skills and deep experience in developing, testing and deploying technologies at scale, and from Akhil’s world-class financial expertise, particularly in relation to the manufacturing of aerospace systems.”

“I am honored to be nominated as a director of Boeing and look forward to the opportunity to work with the board and the executive team,” said Mollenkopf.

“Boeing has a respected history of delivering on its commitments to stakeholders, and I look forward to supporting the continuation of that track record as a member of its board,” said Johri.

Steve Mollenkopf
Steve Mollenkopf is CEO of Qualcomm Incorporated and serves on the company’s board of directors. Since becoming CEO in 2014, Mollenkopf has led the company through the development of 5G and brought the benefits of mobile technologies to new industries through an increasingly diverse product portfolio. Previously, Mollenkopf served as Qualcomm’s president and COO, a role which oversaw Qualcomm’s investment in technologies that propelled smartphones into the mainstream. Prior to his role as president and COO, Mollenkopf led the company’s chipset business, overseeing the launch of 4G technology. He helped make Qualcomm the world’s largest mobile chipset supplier and a global leader in LTE technology. He holds a bachelor’s degree in electrical engineering from Virginia Tech and a master’s degree in electrical engineering from the University of Michigan.

Akhil Johri
Akhil Johri served as executive vice president and CFO of United Technologies Corporation from January 1, 2015 to November 1, 2019. Johri returned to United Technologies in 2015 after serving as CFO for Pall Corporation, a publicly traded leader in filtration, separation and purification solutions. Prior to joining Pall Corporation, Johri spent 26 years at United Technologies in various executive positions of increasing responsibility. Prior to his role as CFO, Johri was vice president of finance and CFO for UTC Propulsion & Aerospace Systems, which included Pratt & Whitney and UTC Aerospace Systems. Before that, he led UTC’s Investor Relations and Financial Planning & Analysis groups. Johri also had senior financial roles at UTC Fire & Security and Carrier Corporation, including 12 years in the Asia Pacific region. Johri also serves as an independent director on the board of Cardinal Health, Inc.