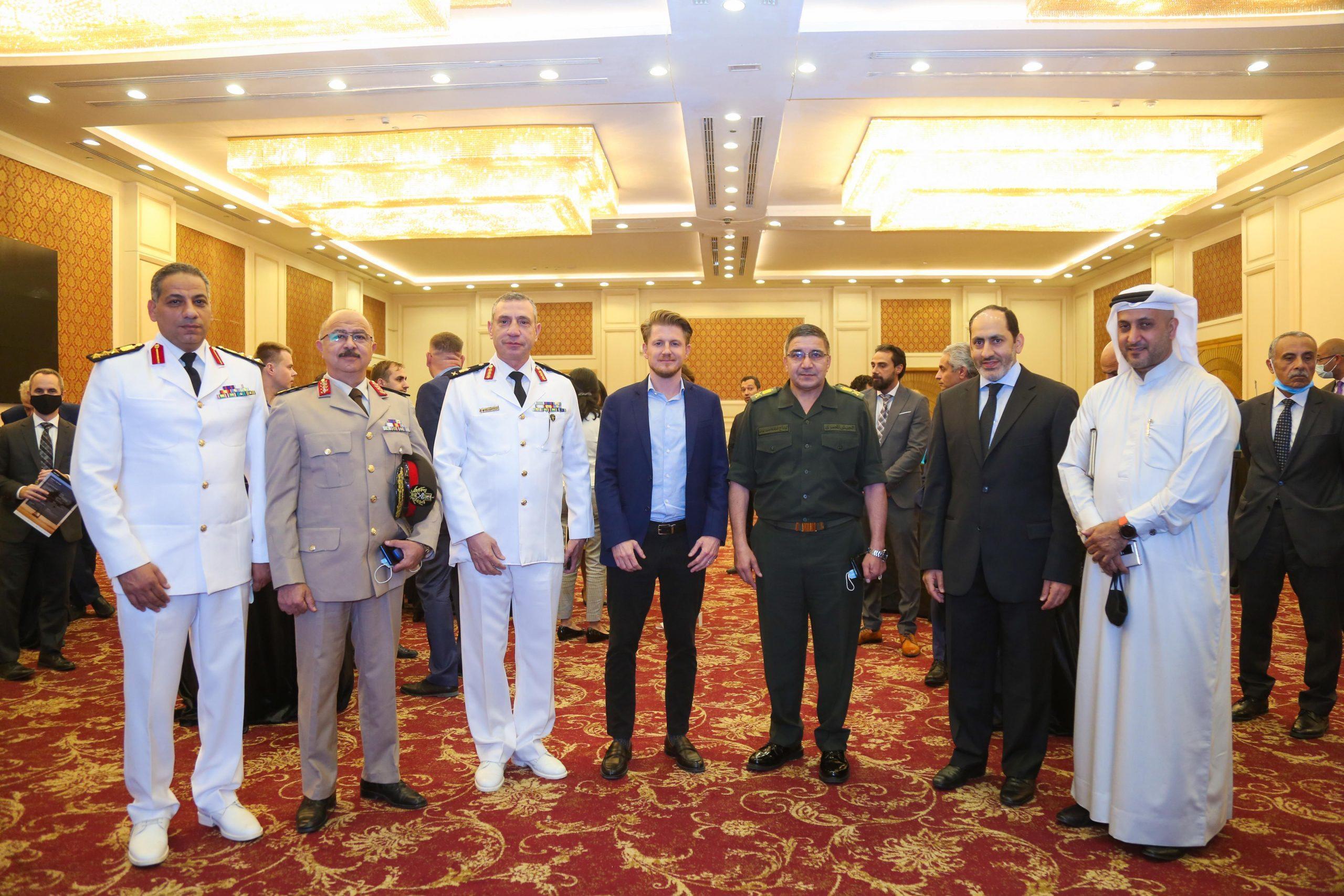 High-level government officials headlined a reception that was organized by the EDEX team, in Cairo on Sept. 27, for participating exhibitors and sponsors of the upcoming EDEX 2021, Arun Sivasankaran - : Oct 1, 2021 - : 2:08 am

Official delegations from as many as 88 countries have been invited to attend the second edition of Egypt Defence Expo (EDEX 2021), which will take place from Nov,.29-Dec.2 at Egypt International Exhibition Center, New Cairo.

The increase in the number of official delegations that have received invitations to attend the event, from 40 in 2018 to 88 in the upcoming edition, reflects not only the growth of the event but also the spike in enthusiasm of exhibitors from various regions to participate in Egypt’s only international defence expo that covers air, land and sea.

More than 400 exhibitors are expected to attend EDEX 2021, which is being under the auspices of His Excellency President Abdel Fattah El-Sisi and is fully supported by the Egyptian Armed Forces. The event, which is presented by Clarion Defence & Security, has a list of sponsors that include Fincantieri as Headline Sponsor, MBDA and Dassault Aviation as Platinum Sponsors, Lockheed Martin and Naval Group as Gold Sponsors, and Hensoldt and Esri North Africa as Bronze Sponsors.

The EDEX 2021 organizing team organized a reception on Sept. 27 in Cairo for exhibitors and sponsors at the upcoming edition. Egyptian Armament Authority Director, Major General Osama Ezzat, and representatives of the Ministry of Defense were among the high-level government officials that attended the event.

“Ninety percent of the total exhibition space has been booked, reflecting the strong demand we have received from major institutions working in the defense industry worldwide to showcase the latest in defense and military technologies,” said Thomas Gaunt, Managing Director, Clarion Defence & Security.

The inaugural edition of the event in 2018 attracted more than 30,000 visitors from 84 countries, with as many as 376 exhibitors from 41 countries exhibiting their products and capabilities. Twenty international pavilions and 62 official delegations from 40 countries attended EDEX 2018, with 88 % of the exhibitors expressing satisfaction with their experience at the event. The upcoming edition promises to be much larger in both scale and impact.