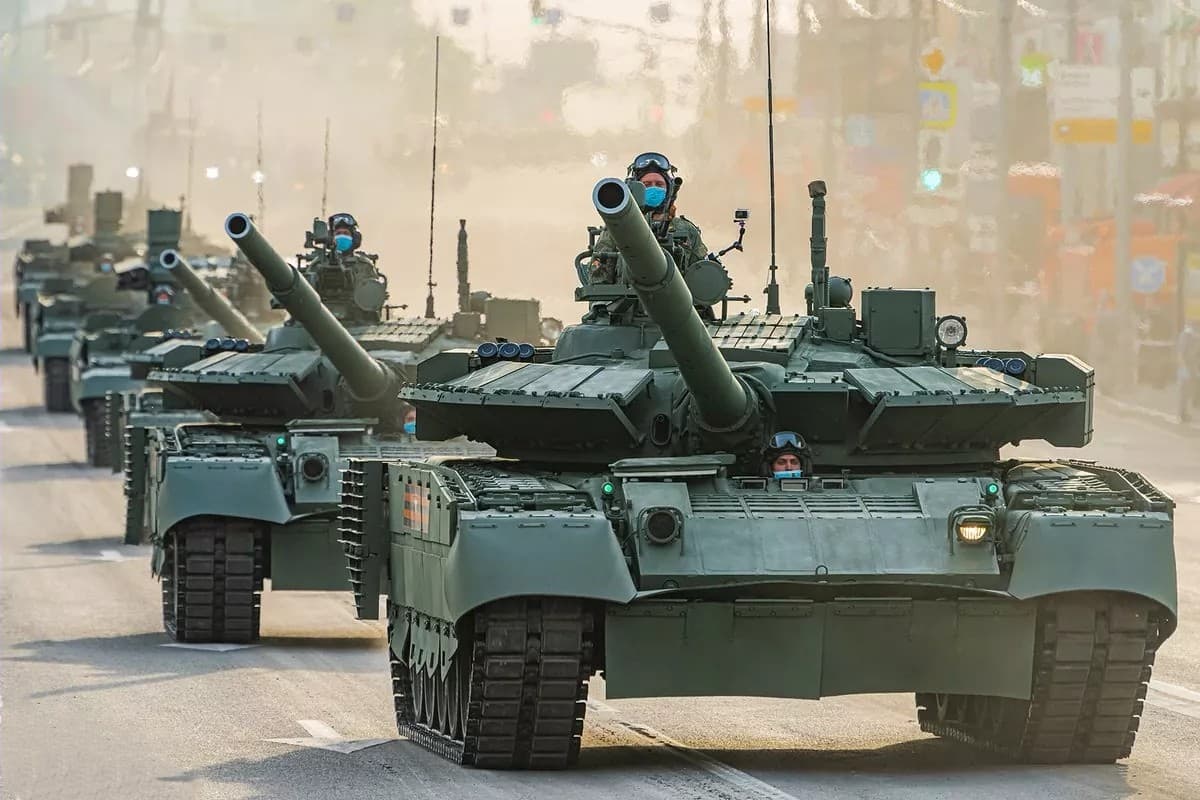 Russian tanks T-72B3M and T-80BVM will soon be equipped with the “Lesochek” anti-mine system created by the 38th Research and Testing Institute of Armored Weapons and Equipment (НИИ БТВТ) and supported by the Russian Defense Ministry.

The Lesochek system includes radio channels for mining monitoring, control systems and improvised explosive devices (IED), according to the Russian News Agency TASS. The institute’s experts also propose to install an Arena-M (countermeasure) active protection system (APS) on the T-72B3M and T-80BVM and additional explosive reactive armour (ERA) units in a rigid hull along the sides. The second-generation Kontakt-5 (ERA) will be replaced with the “Relikt” reactive armour installed on T- 90M.

The survivability of armored vehicles on the battlefield is also planned to be increased with electromagnetic protection systems and autonomous automatic multiple-action fire protection system.

The Lesochek system is an anti-mine complex designed to protect vehicles, armored vehicles and sub-units by suppressing the radio channels to control mine explosive devices on the march and in parking areas. The system, which is available in mobile, stationary and wearable versions, can also be used at points of permanent deployment of military units and when performing field missions.