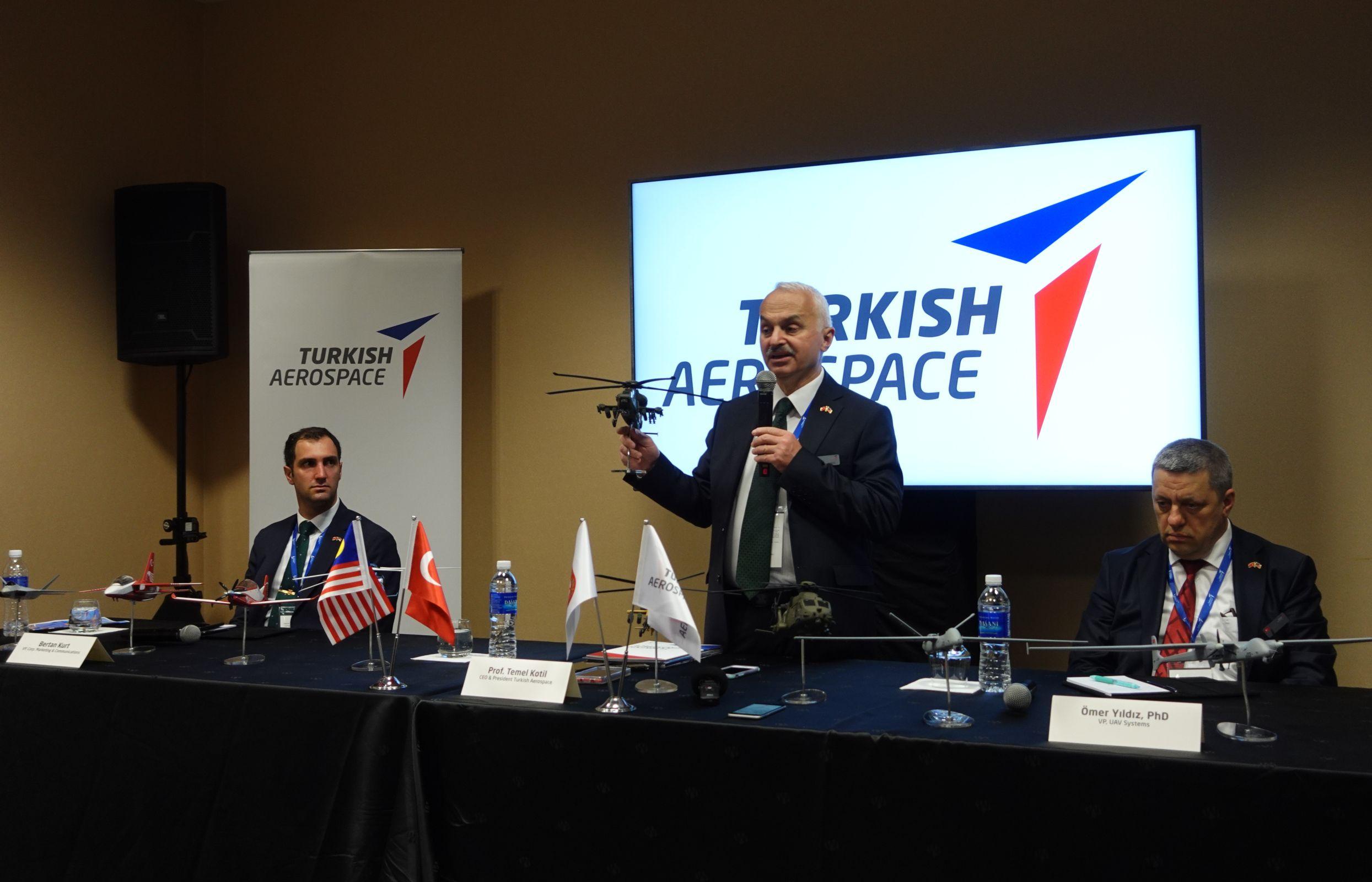 Turkish Aerospace Industries (TAI) is moving forward with its plan to establish Malaysia as itsaircraft manufacturing hub in the South East Asia region in the next few years.

“We are in Malaysia because we want to use Malaysia as a (manufacturing) hub for us,” said Prof. Temel Kotil, Turkish Aerospace CEO and President during a press conference at DSA2022 on Tuesday (Mar. 29) “What we are observing here is that (the Malaysian) government putting a lot of programs in the Aerospace (sector), it starts with the MRO, and then design, and hopefully became the OEMs.”

“We want to support this (Malaysian) government policy,” He added.

He further elaborated that after opening its new office in Cyberjaya, Selangor, and a science park in Putrajaya last year, the company’s T625 Gökbey (Skymaster) utility helicopter is projected to be the first TAI aircraft type that will be manufactured in Malaysia.

With a target to become one of the world’s largest aerospace companies in 2028, TAI’s move to open an aircraft manufacturing facility in Malaysia is not the only project the company is offering to the South East Asian country. The company has also signed a memorandum of understanding with Deftech Malaysia for the Maintenance, Repair, and Overhaul (MRO) of its Anka unmanned aerial vehicles in the country.

Turkish Aerospace is also currently competing against other competitors for the latest jet trainer tender for the Royal Malaysian Air Force.